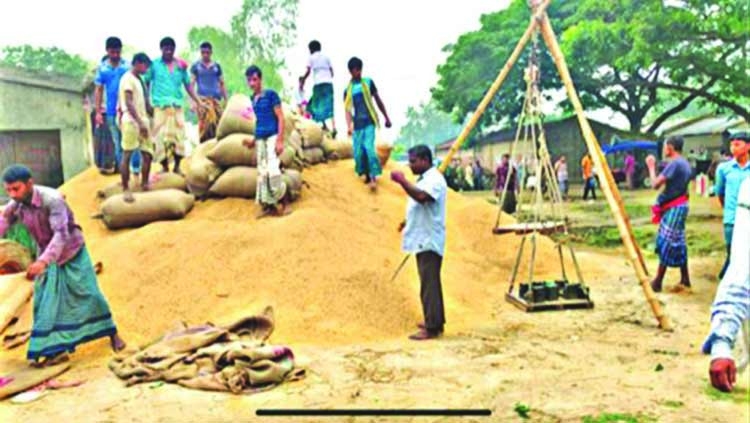 State Minister for Primary and Mass Education Md Zakir Hossain on Saturday said the government is all set to procure paddy directly from farmers after a selection process through lottery. He made the remark while addressing the inauguration programme of an open lottery for paddy collection in Kurigram.
"Paddy will be procured directly from farmers at fair prices after a selection process through lottery," he said, adding that the government kept subsidising to change the condition of poor farmers.
State Minister Zakir also revealed that a target has been set to procure 1,800 metric tonnes of paddy from Rowmari Upazila and 340 metric tonnes from Char Rajibpur Upazila.Upazila Nirbahi Officer of Rowmari Md Al Imran and Char Rajibpur UNO Md Nabirul, among others, were present at the programme.