A series on perils of pandemic life 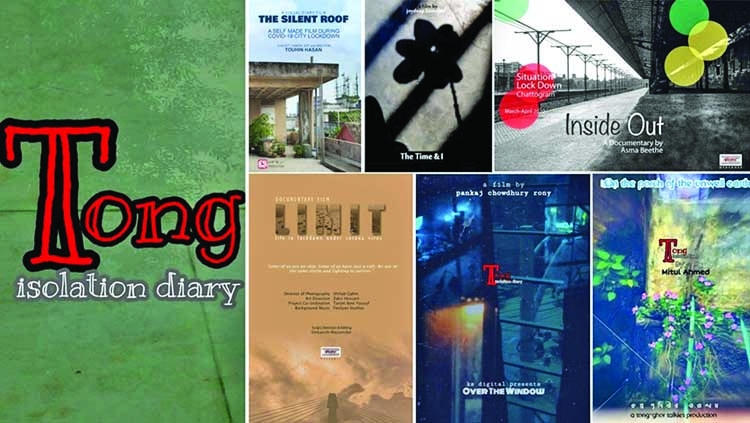 Tong-Ghor Talkies has started a series titled 'Tong Isolation Diary.' The series includes visual diary films on pandemic life by independent filmmakers.
'On The Porch Of The Unwell Earth' by Mitul Ahmed, 'The Time & I' by Kolkata's filmmaker Joydeep Banerjee, Landscape of Soul by Tong Team, Inside Out by AsmaBeethe, Limit by DebasishMazumder, The Silent Roof by TouhinHasan and 'Over The Window' by PankajChowdhuryRony.
Crisis moment of lockdown from Bangladesh and West- Bengal is represented by indie filmmakers in this series.The unwell earth from a porch of the urban life, the image of suffering for food during lock down or the psychological conflict of an isolated individuals are drawn in the films that have been beautifully shown in the series.
Tong-Ghor Talkies is a Bangladesh based film production & distribution studio. It has produced & co-produced short films which are officially selected in many recognized International Film Festivals &achieved some awards also. It is an online platform too for indie filmmakers from worldwide.
In January, 2020 Tong Ghor Talkies have been started releasing short films from Bangladesh, Iran, Tajikistan, Afghanistan, Turkey, UK, Morocco, Italy, Sri Lanka, Egypt & many other places of the world.
Tong Ghor also released four short films on women on International Women's Day. The series titled 'Tong Women Shorts 2020' was directed by four directors from four different countries.The diary films are available for stream in Tong-Ghor Talkies website (www.tongghortalkies.com) &youtube channel.