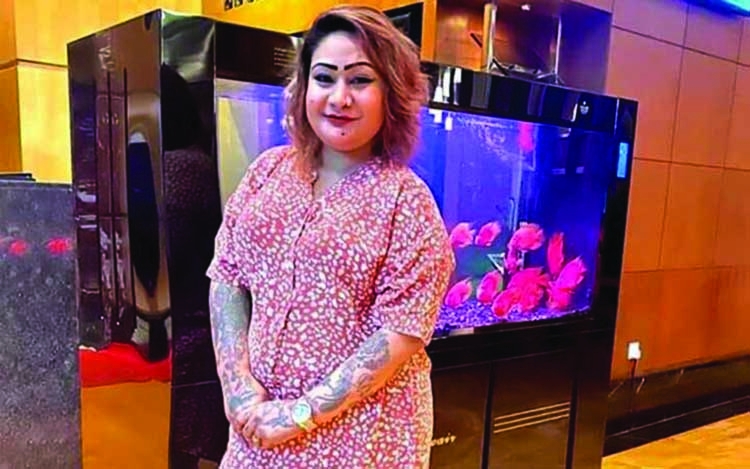 The Anti-Corruption Commission (ACC) has found "illegal assets" worth about Tk 40 million of disgraced Awami League operative Shamima Noor Papia. The commission is preparing to file a case against Papia, said ACC Deputy Director Shaheen Ara Momtaz, who is investigating Papia's case on Sunday, reports bdnews24.com.
As part of the initial investigation, officials have visited the three rooms rented by Papia at The Westin Dhaka hotel and seized receipts of the rents paid by her.The investigators found shoes, dresses, watches and other items belonging to Papia in the rooms, Momtaz said.
Besides Papia and her husband Mofizur Rahman, nine people lived in the rooms using fake national ID cards, according to the ACC official. Papia allegedly ran "escort services" out of the hotel. The commission will file the case after visiting Papia's village home in Narsingdi and interrogating her, Momtaz said.
The coronavirus stalled the investigations into drugs and money laundering charges against her. The investigators halted quizzing her after a day in the drugs case as she fell sick with fever and cold, Bulbul said. They have 13 more days to grill her, but cannot proceed now due to the outbreak, he added.
Oliva Sharmeen, deputy jailor of Dhaka Central Women's Jail in Gazipur's Kashimpur, said Papia was doing well.  Deputy Inspector General Imtiaz Ahmed said the investigators of the money laundering case need to quiz Papia. "But it will take time due to the current situation."