Govt has no roadmap to tackle virus: Fakhrul 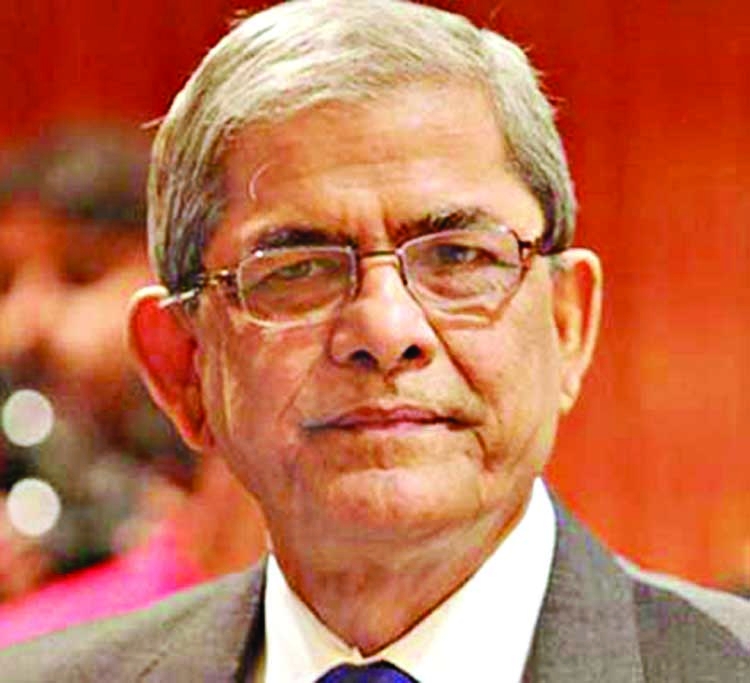 BNP secretary general Mirza Fakhrul Islam Alamgir on Sunday alleged that the government neither has any roadmap nor effective plan to prevent coronavirus. "The Directorate General of Health Services couldn't  yet come up with any guideline while there's  no roadmap and effective plan to tackle the Covid-19," he said.
Fakhrul made the remarks while inaugurating a free medical camp through virtual event organised by Jatiyatabadi Homoeopathic Chikitsak Dal at BNP's Nayapaltan central office.
The BNP leader said the Chinese medical experts who visited Bangladesh a few days back also observed that the government's steps are "haphazard" in dealing with the virus, and there is no measure to detect the areas where the virus is spreading fast.He said the entire health system in the country has completely collapsed due to "mismanagement, irregularities and the government's negligence".
"The country is now facing the worst situation as the government couldn't  take proper steps and right decisions to get rid of the Covid-19." "Even, the Dhaka North City Mayor yesterday (Saturday) said it is imperative to enforce lockdown in red zones without any further delay," Fakhrul said.
He said the government has long been saying that different areas will be categorised as the red, yellow and green zones, and lockdown will be strictly enforced in the red zones in Dhaka city.
"I don't know whether it happened anywhere, except West Rajabazar, only because of an anarchic situation and lack of coordination. I think, the government doesn't even know what they are going to do, what they want to do," the BNP leader observed.Fakhrul regretted that the government has ignored the deadly global pandemic from the very beginning with a political motive.
Referring to the government's incentive package to combat coronavirus fallout, he said it was basically a bank loan, but the government should have given more importance to humanitarian assistance at this moment.Fakhrul said the government has also failed to meet the basic needs of the people who have become jobless due to the coronavirus outbreak.
He said though the Prime Minister  announced to provide 50 lakh needy families with Tk 25,00, those who were supposed to receive the money did not get it due to "politicisation".
The BNP leader alleged that the government did not give enough budgetary allocation for the health sector to tackle the coronavirus.
He said though people are going through serious sufferings in undergoing corona tests, the government did not approve Gonoshasthaya Kendra's testing kit just to protect the interest of the syndicates that indulge in corruption in the name of kit procurement.
"This is unfortunate that the corruption is going on unabated in the health sector at this bad time of the country since the current unelected government has no accountability to people," Fakhrul observed.