'Fit as a butcher's dog' 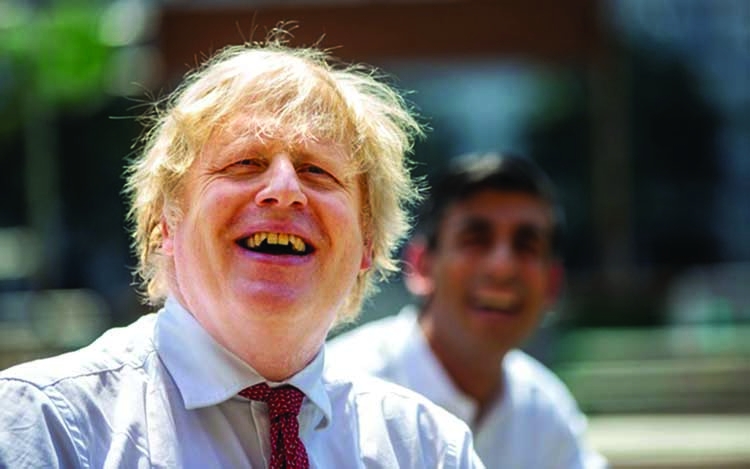 British Prime Minister Boris Johnson did some press ups to show he was "as fit as a butcher's dog" in an interview with the Mail on Sunday newspaper, just months after he fought for his life in hospital against the coronavirus, reports Reuters.
Johnson, well known for staging eye-catching stunts during the campaign to leave the European Union and as London's mayor, used the interview to unveil plans to spend on infrastructure to help Britain "bounce back" after the coronavirus lockdown.
But the British leader was also keen to show he was returned to health after being in intensive care in April after testing positive for the coronavirus, a stay he described shortly afterwards as one which "could have gone either way".
"I'm as fit as a butcher's dog now," Johnson said, and after asking: "Do you want me to do some press-ups to show you how fit I am?" the prime minister, dressed in a shirt and tie, then got on the floor to complete some press ups."The country is going to bounce forward, and I certainly feel full of beans. Never felt better."