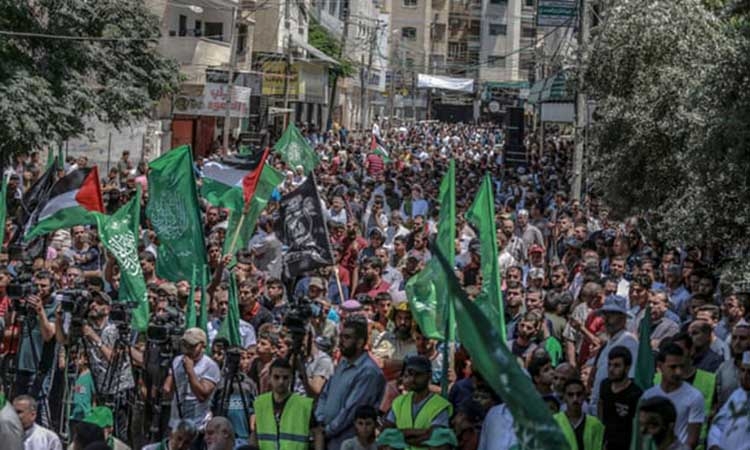 Proud Londoners braved the wet weather on Saturday to march in honourof Pride 2020 and Black Lives Matter (BLM).The capital normally hosts one of the biggest Pride events in the world, attracting hundreds of thousands of people each year, but the coronavirus pandemic forced many celebrations online.
Despite the postponement of the annual parade and street parties due to social distancing rules, swarms of demonstrators gathered for a Black Trans Lives Matter, in solidarity with BLM and in tribute to the diversity of the LGBTQ+ community.
Dan Hooker did not look OK after losing in the UFC on ESPN 12 main event to Dustin Poirier. Hooker explained on an Instagram video that he needed to go to the hospital after going five rounds with with Poirier. But Hooker seemed to keep a jolly and goofy disposition, even after getting a few stitches and enduring some significant swelling in his face.
He wrote a message for his fans to show he was OK: "No excuses, no regrets." And then he addressed them in a video: "I got checked out the hospital. Everything's all good. Just a couple stitches on the eye, but that's the game we play. No worries. It's just a small setback and I'll be back."
Superstar Shah Rukh Khan recently completed 28 years of his journey in Bollywood. Fans of the actor all congratulated him on his achievement and expressed how eagerly they are waiting for him to announce his next project.
Today, the superstar took to his Instagram and shared a picture of himself with a note, celebrating his time in the film industry. He wrote, "Don't know when my passion became my purpose and then turned into my profession. Thank u all for so many years of allowing me to entertain you.
The Israeli cabinet will meet on Sunday to finalize plans to annex parts of the West Bank amid growing international opposition and calls for sanctions to be imposed if the proposal is implemented.
Prime minister Benjamin Netanyahu has said Israel will "apply sovereignty" to up to 30% of the West Bank, covering Israeli settlements and the rich agricultural lands of the Jordan Valley, from 1 July.
On Friday, two rockets were fired from Gaza towards Israel a day after the Palestinian group Hamas warned that annexation amounted to a "declaration of war".
In response, Israeli air force jets struck two military facilities in the southern Gaza Strip, the army said.The head of Mossad, the Israeli secret service, visited Amman last week to discuss the annexation plan.