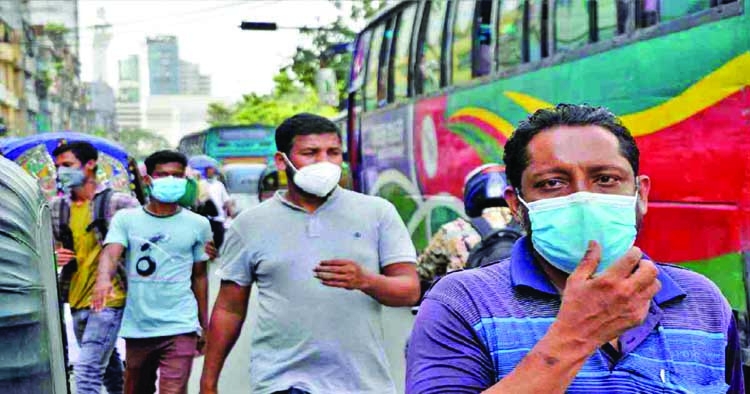 Speakers in a webinar programme on Sunday urged the government to give emphasis on employment generation. -AA
Speakers in a webinar programme urged the government to give emphasis on employment generation as a huge number of private sector workers are at risk of losing their jobs in the circumstance of COVID-19.
They also said most youths feel frustrated about their future. A vast impact may be felt in the country's socioeconomic future.
They were addressing a virtual programme titled 'Workers' thoughts, opinions and expectations: national budget 2020-21' on Sunday, reports UNB.
As the chief guest, Principal Muhammad Yunus Ahmed said around 62 percent people lost their income amid the coronavirus situation. So employment generation should be given more priority in the budget. And a clear guidelines is needed to resolve the problem. "
Big corrupts will be more benefited by the budget instead of poor people. Whitening black money will encourage corruption. Corruption is launched from employment. So it should be done fairly," he also said.
Professor Ashraf Ali Akon, president of Islami Sramik Andolon (ISA) said several crore workers are helpless due to COVID-19.  "The budget did not reflect support for workers who are backbone of the country's economy. the budget was placed in parliament as usual or tradition," he added.
Prof Ashraf Ali said youths are more frustrated in the situation. So the government should lay emphasis more on the issue. Allocation should be increased to meet it.
Shahidul Islam Kabir, joint general secretary of ISA moderated the function while M Abdullah Secretary General of Bangladesh Federal Union of Journalists (BFUJ); Imtiaz Ahmed Sajal, Lecturer in Law Department at Bangladesh Army International University of Science and Technology; Palash Rahman, Italian expatriate writer and others spoke there.