Coronavirus has been 'a disaster' for Britain: Johnson 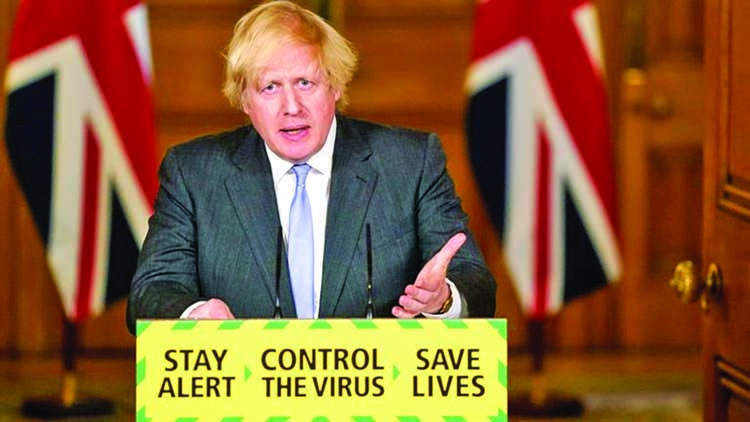 British Prime Minister Boris Johnson
British Prime Minister Boris Johnson said the coronavirus crisis had been a disaster for the United Kingdom and while the government would look at what went wrong, it was not the right time to have an inquiry into missteps.
"This has been a disaster," Mr Johnson told Times Radio. "Let's not mince our words. I mean this has been an absolute nightmare for the country and the country has gone through a profound shock." Mr Johnson, who spent time in intensive care battling Covid-19, said the government owed it to all those who have died and suffered to look at exactly "what went wrong and when".
"I totally understand that and we will. I happen to think that the moment is not right now, ... when everybody is flat out, I don't think the moment is right now for consecrating a huge amount of official time to all of that. "But we are learning lessons the whole time."
Asked about his senior adviser Dominic Cummings, he said: "Dom is outstanding." Opposition Labour Party leader Keir Starmer said on Monday (June 29) Johnson has been asleep at the wheel during the coronavirus crisis and had been far too slow to make major decisions."I think the Prime Minister has been asleep at the wheel. He has been slow, the comms, the communications has been terrible," Starmer told ITV.
"It began to break down frankly when Dominic Cummings put forward a ridiculous defense of what he had done in the north-east," referring to Cummings' controversial 400km trip from London to Durham, in north-east England, with his wife and son at the end of March during a national lockdown.
News of the trip triggered a storm of criticism and calls for Johnson to sack Cummings. Johnson has stood by his key aide. "They haven't done the groundwork on test, trace and isolate," Starmer said. Johnson also said reports of him looking wraith-like were nonsense. "
When I came out of hospital, I did notice there were occasional pieces in the papers saying I was looking a bit wraith-like, or something someone said," he told Times Radio. "Complete nonsense I want you to know. "I am feeling very well, yes thank you, again thanks to our National Health Service."
Asked whether he thought every day about the high level of total virus deaths and infection rates in Britain, Johnson said: "Every day ... what we've got is the curve going in the direction roughly that they thought it would. It is very slowly coming down."The crucial thing is to make sure that we're ready to crack down on local flare ups and that's why we have the wack-a-mole strategy."
---Reuters, London