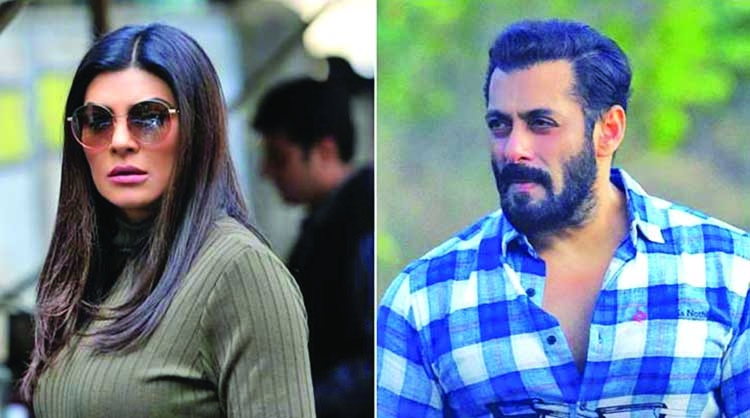 Salman Khan, who has co-starred with SushmitaSen in many films including 'Biwi No.1' and 'Maine PyaarKyunKiya', is all praise for the actor's comeback web-series Aarya, which is streaming on Disney+ Hotstar. The actor took to Twitter and posted a video in which Salman called Sushmita's character 'Aarya' a real 'Dabangg.'
He said, "Sushmita's decision to come back is right and very right. After watching Aarya, I have a dialogue for her too, 'Ekbaarjohmainepehla episode dekhliya, uskebaadsaare episodes dekhebina main nahiuthraha.' (Once I watched the first episode, I did not move until I finished the series)."
Replying to Salman's tweet, Sushmita wrote, "I want to add another favourite dialogue 'Hayemerabachcha.' Thank you @BeingSalmanKhan for the love & appreciation, it means d world to us at #TeamAarya. I love you!" Not just Salman, TaapseePannu, Ramesh Taurani, AnupamKher, BipashaBasu and others also tweeted their response to the show.