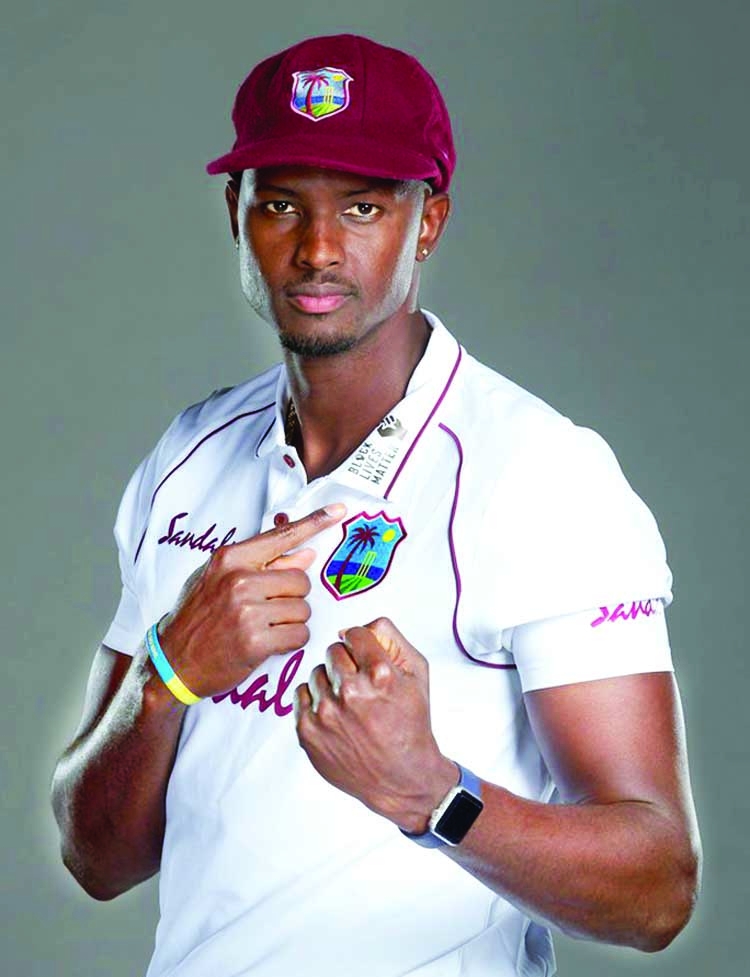 West Indies captain Jason Holder
Cricket West Indies (CWI) said on Monday their players will wear 'Black Lives Matter' logos on the collar of their shirts throughout their three-test series in England next month.
Premier League soccer clubs have been wearing the logo since the season's restart as a tribute to protests against racial injustice following the death of George Floyd, a Black man who died in police custody in Minneapolis on May 25.
West Indies have been allowed to use the same emblem designed by Watford captain Troy Deeney's partner Alisha Hosannah, the CWI said in a statement. "We believe we have a duty to show solidarity and also to help raise awareness," West Indies skipper Jason Holder said in the statement.
"This is a pivotal moment in history for sports, for the game of cricket and for the West Indies cricket team. "We have come to England to retain the Wisden Trophy but we are very conscious of happenings around the world and the fight for justice and equality."
The 28-year-old had said on Sunday racism should be treated as seriously as doping and match-fixing. Deeney said it was an "amazing decision" by the West Indies team. "
When I got the call, I didn't hesitate to respond, because I know as sportspersons in the spotlight, how important our efforts are to bring about change and the role we play in move towards change in our society," said the 32-year-old."... it's great to be able to help West Indies cricket show their support in such a meaningful way."
---Reuters, Manchester