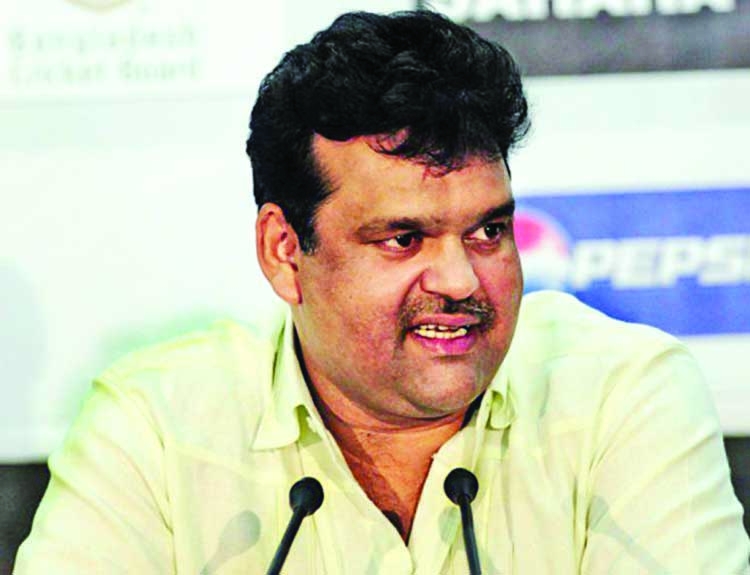 Akram Khan
The Bangladesh Cricket Board (BCB) hinted that the cricketers will start practice, keeping the Asia Cup and Twenty20 World Cup in mind if the situation allows them to begin cricketing activities in the country.
Since all the Test matches that the Tigers were scheduled to play was postponed due to the Covid-19 situation, the Bangladesh has just those two tournaments at their hands right at the moment.
While the Asia Cup is scheduled to be held in September, T20 World Cup is slated to be held on October. The authorities are yet to postpone those two tournament but chances are high that it also would be postponed.
But whatever it is, as it is still in the schedule, the BCB plans to start practice, keeping those two events in mind as they are expecting to begin cricketing activities in July, subject to the improvement of the Covid-19 situation in the country.
"We had prioritized Test but all of the Test matches, which were due to be held in this year, were postponed. So when we'll start practice, we'll see which tournament is next and we'll practice for that particular event," BCB Cricket Operations chairman Akram Khan said on Monday.
The former skipper said the BCB is waiting for the improvement of the current situation to begin the cricketing activities in the country that has been in standstill since March due to the outbreak of Covid-19. Even though there was plan to start the practice by maintaining social distance in the last week of June, it was not just materialized as the Covid-19 situation further deteriorated in the country.
The BCB in fact adopted zero tolerance of players' safety, reiterating that they won't allow cricketers to start practice until the situation improves. Even though the other cricketing nations had already figured out the way to how the cricket should be back in the ground, BCB adopts 'wait and see' policy, vastly thinking about players' safety. "
Like the other countries, we have completed all the preparations to bring back cricket in the ground but as I said earlier, we don't want to take any risk with players health issue and safety," Akram remarked."We just can't take any decision that can be risky for the players. So we are waiting for an improved situation. The BCB will take any decision, considering the situation."
The BCB medical department had already devised a plan to how a cricketer should practice when the cricket is brought back to the ground. At the first phase, the cricketers will have individual practice session with just three staffs around him.Then at the second phase, a group practice involving three players will start. In this regard a guideline was also prepared.