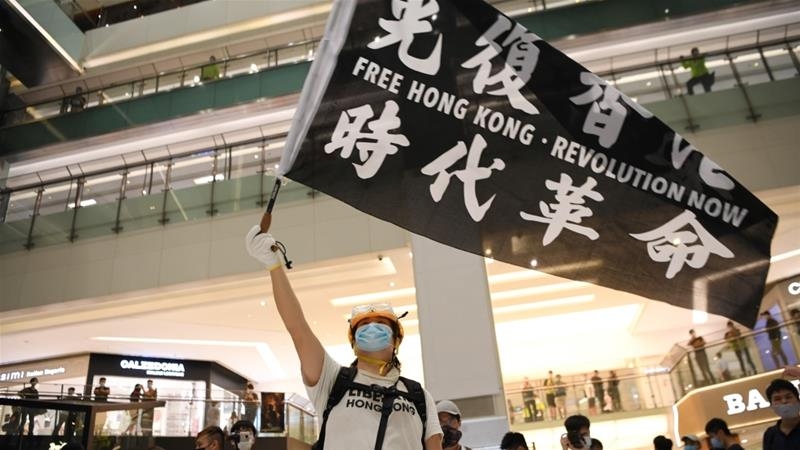 China passed a sweeping national security law for Hong Kong on Tuesday, multiple local media outlets in the city reported Tuesday, in what critics fear will herald a wave of mainland style political repression.
The National Standing Committee, China's top lawmaking body, unanimously approved the legislation on Tuesday morning, Now TV, RTHK and the South China Morning Post reported.
Beijing says the law banning subversion, secession, terrorism and colluding with foreign forces is needed to return stability to Hong Kong after a year of angry pro-democracy protests.
Opponents fear it will demolish the business hub's cherished political freedoms and hollow out its autonomy given similar laws are used to crush dissent on the authoritarian mainland.
In an unprecedented move, Beijing bypassed Hong Kong's legislature to pass the law, which was signed off just six weeks after it was first announced.
Hong Kong's 7.5 million residents have yet to see the contents of the law.
At her weekly press conference on Tuesday morning, Hong Kong leader Carrie Lam - a pro-Beijing appointee - declined to comment on whether the law had been passed.
"I think at this moment, it is not appropriate for me to comment on any questions related to the national security law," Lam told reporters.
Rights groups, many western governments and the Unitied Nations' rights body have expressed alarm over the law.--AFP