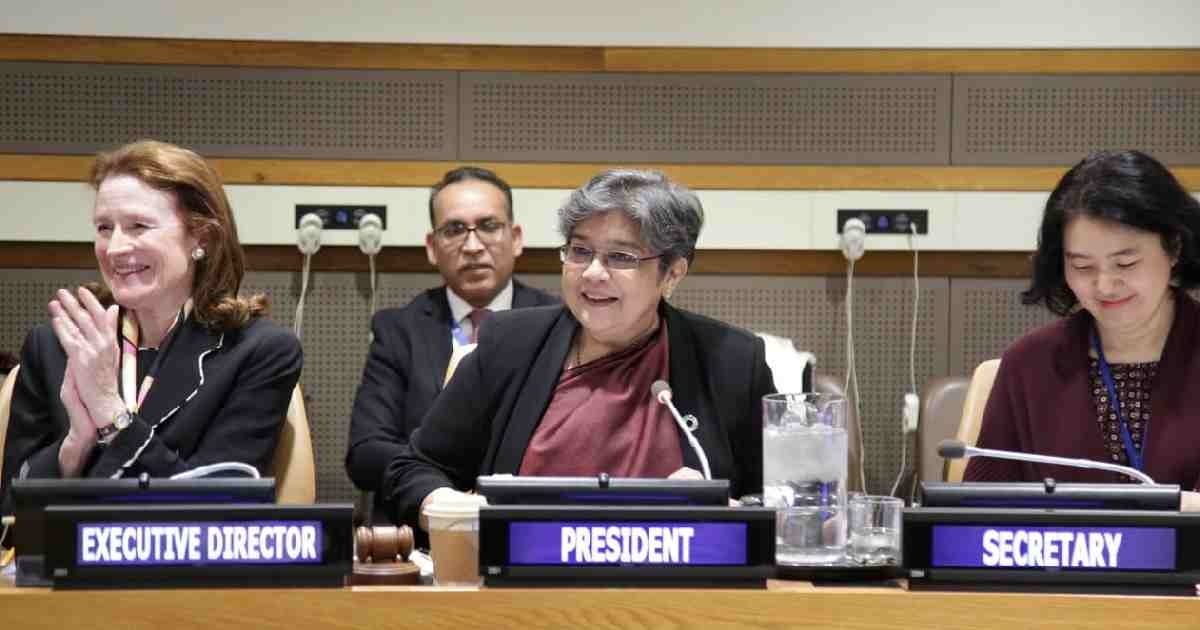 President of UNICEF Executive Board and Permanent Representative of Bangladesh to the United Nations Ambassador Rabab Fatima has said access to online and distance learning universally should be a top priority now.
“Distance learning for a large majority of children in the developing countries remains a challenge due to lack of access to digital platforms and internet connectivity and only about 30% have access," she said.
Commending the UNICEF for their dedicated and courageous efforts globally in handling the pandemic crisis and standing by the children of the world, Ambassador Fatima opened the first ever virtual Annual Session of the UNICEF Executive Board on Monday in New York.
As the President of the Executive Board of UNICEF, Ambassador Fatima urged the UNICEF to ensure that its pandemic response and recovery programmes complement and support the governments in the programme countries without compromising its regular mandated programmes.
Highlighting on the grim realities facing many countries, especially the lower income countries, the LDCs, and in Africa in the face of the Pandemic, Ambassador Fatima said, “ Even the simple task of ‘hand washing’ is a challenge for many children as they have no access to water, sanitation and hygiene infrastructure”.
She also underscored the rising risks of outbreaks of preventable diseases such as cholera, polio, and measles due to the suspension or scaling down of UNICEF’s vaccination programmes because of the pandemic.
Terming the COVID-19 pandemic as a ‘litmus test’ for the UN system, UNICEF Executive Board President Ambassador Fatima stressed the importance of UNICEF’s response and recovery work to be in sync with the other UN agencies.
In this regard, she reiterated support of the Executive Board in providing strategic guidance and mobilizing greater international support for the organization. She also encouraged all to continue their generous assistance to the organization in its core areas of function.
The opening session was addressed, among others, by Henrietta H. Fore, UNICEF Executive Director who gave a comprehensive overview of the works of, as well as the challenges faced by, the UNICEF, said the Bangladesh Mission in the UN on Tuesday.
This was followed by country statements from Permanent Representatives and delegates from member states across the world.