US says Putin seeking to stay in power for life 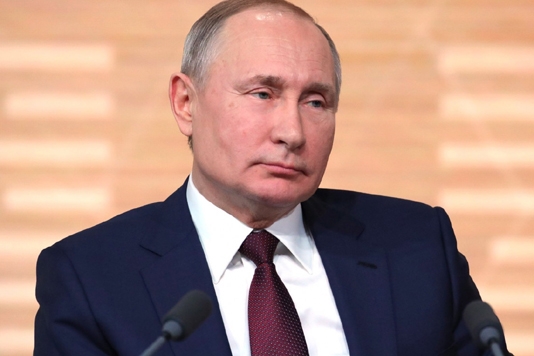 A top US official said Monday that Russian President Vladimir Putin was seeking to stay in power for life ahead of a controversial constitutional referendum.
Deputy Secretary of State Steve Biegun said both Putin and Chinese President Xi Jinping “seem intent on putting themselves into office for life, or at least until they otherwise choose on their own initiative to leave.”
“In the Russian system, which has at least the trappings of a democratic system, President Putin will go to a referendum in just a couple of days which many consider to have a foregone conclusion,” Biegun, whose academic background is in Russia, told a forum of the German Marshall Fund.
Biegun said the goal of the referendum for the 67-year-old Putin was “the extension of his rule for what effectively is his natural life.”
Russians have already started early voting in the July 1 referendum which could keep Putin in power until 2036.
Putin has been in power as president or prime minister since 1999. Opposition campaigners including Alexei Navalny have also said that Putin is seeking to be president for life.
The Kremlin reluctantly postponed the referendum from its original date of April 22 due to a spurt in cases of COVID-19.
Biegun’s remarks come amid fresh tension between the United States and Russia over reports that a Russian spy unit put bounties on Taliban-linked militants in Afghanistan to kill US troops.
President Donald Trump has said he was not briefed on the intelligence and has sought a warmer relationship with Putin.