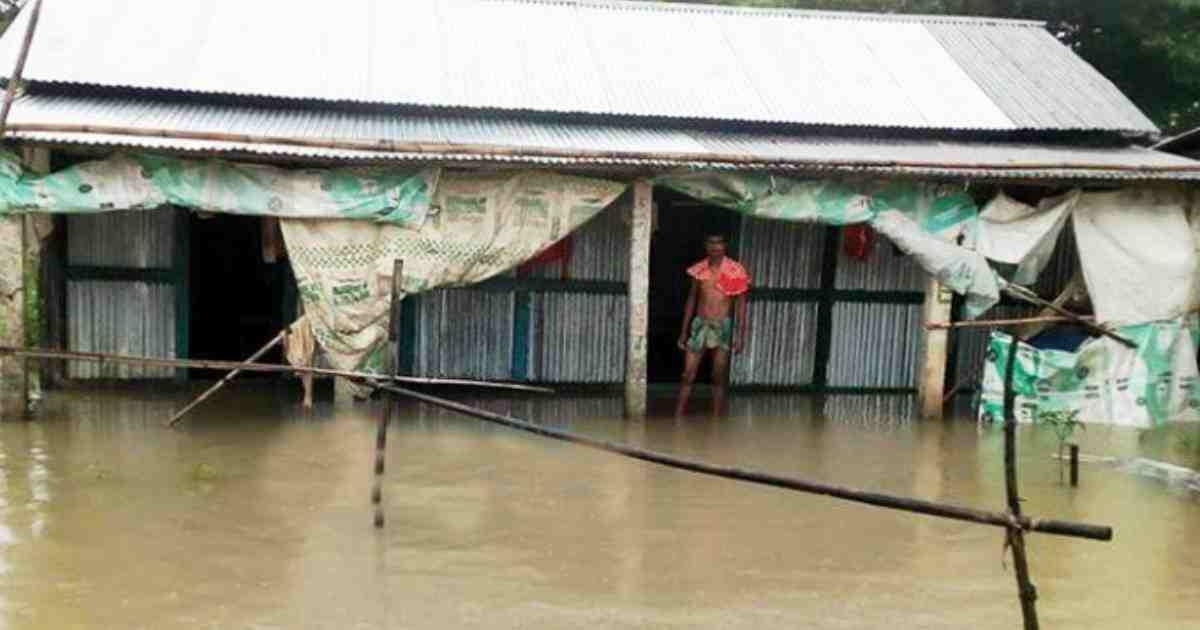 Fifty more char villages were inundated in Kurigram district on Tuesday as flood situation worsened following ries of water levels in Dharala and Brahmaputra rivers .
Dharla and Brahmaputra rivers are flowing  61cm and 71cm above the danger level at Bridge point and Chilmari point respectively on Tuesday morning.
Over two lakh people in 55 unions and 357 villages in the district were affected by flood.
Meanwhile, 30 kilometer long flood control embankments and 37 kilometer muddy road were damaged by flood in the district.
Over 500 houses went into the gorge of the Brahmaputra and the Dharla rivers in the last two weeks.
Meanwhile, 50-meters of embankment at Nagrakura in Ulipur upazila was washed away by the Teesta river while another 15 spots of flood control dam were damaged.
BM Abul Hossain, Hatiya Union Parishad Chairman in Ulipur Upazila, said 14,000 people in his union have been marooned.
Begumganj UP chairman Belal Hossain said over 13,000 people in his union have been affected by the flood.
Kurigram Deputy Commissioner Md Rezaul Karim, said 302 mts rice and Tk 36.68 lakh was allotted for dry foods through upazila administration.
District Department of Agricultural Extension Deputy Director Md Mostafizur Rahman Prodhan Said Aman seed bed, Aush, vegetables, jute and other crops on 5,658 hectares in the district were damaged.
Rangpur Divisional Water Development Board Chief Executive Engineer Joty Prosad Ghosh said, “Water will keep increasing until July 5 and it may flow 1 meter above the danger level in the Brahmaputra River.”
Water in the Teesta and the Dharla  rivers may flow over 50cm above the danger level, he added. Measures will be taken to stop river erosion, he said.