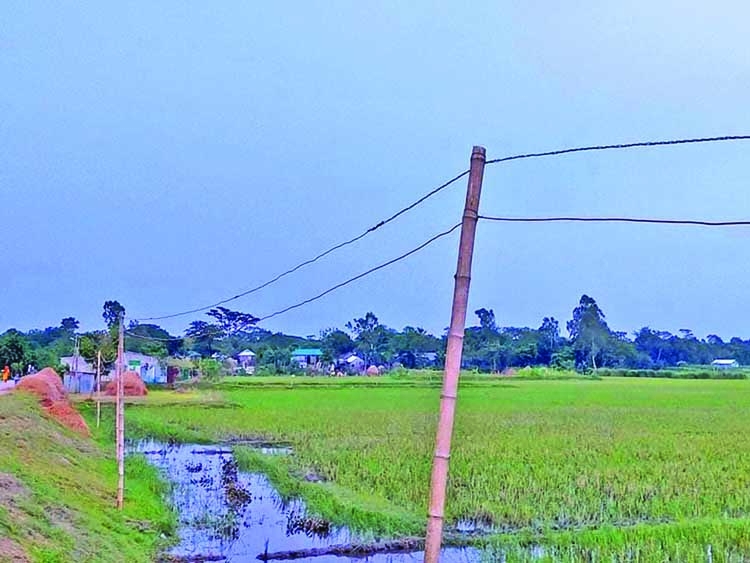 Bamboo poles are used to supply electricity to a village in Sarail upazila of Brahmanbaria putting people at risk of fatal accidents. Electricity is supplied from Bishutara village to Motkhola village under Kalikachcha union of the upazila using 11 bamboo poles.
The engineer concerned is unaware about the risky supply of electricity using bamboo poles, which has raised question among people about the sense of responsibility of the official.
Using bamboo poles for supplying electricity is violation of rules. As per the rules, the PDB can give electricity connection from a standard pole to households at a maximum distance of 100 feet and the electricity cables have to be at least seven meters above the ground.
Local people said that they requested the officials of Bangladesh Power Development (PDB) in Sarail for providing standard electricity poles. But the PDB officials demanded money for the poles, the people alleged. Newaz Ahmed, executive engineer of PDB, Sarail, said, "I know nothing in this regard. I will look into the matter."