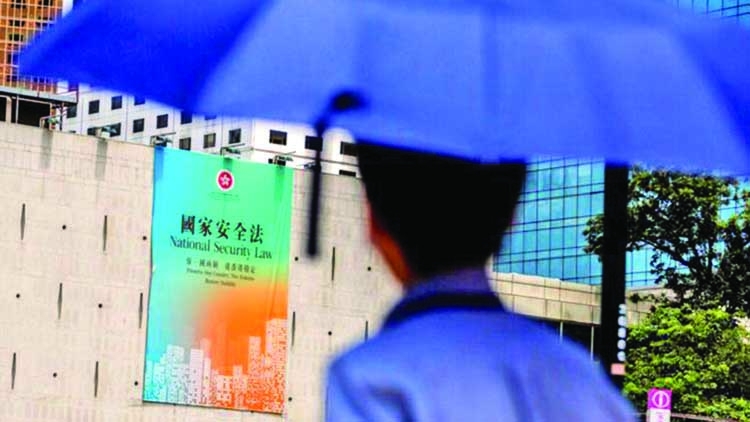 People in Hong Kong face the possibility of life behind bars for breaking a controversial new security law imposed by China.The details of the law, which criminalises secession, subversion and collusion with foreign forces, were published after it had come into force.
Critics say the new law effectively curtails protest and freedom of speech. It was brought in by Beijing following increasing unrest and a widening pro-democracy movement, reports BBC.
Hong Kong's leader, Carrie Lam, defended the law, saying it filled a "gaping hole" in national security. Earlier, the Beijing-backed politician admitted she had not seen the draft. The UK, EU and Nato have all expressed concern and anger, while pro-democracy groups have started to disband.What do we know about the law?
Full details of the new law only emerged after it had come into effect at about 23:00 local time on Tuesday (16:00 BST). They include that: " Crimes of secession, subversion, terrorism and collusion with foreign forces are punishable by a minimum sentence of 10 years, with the maximum being life
" Damaging public transport facilities can be considered terrorism


" Those found guilty will not be allowed to stand for public office
"  Companies can be fined if found guilty under the law
" Beijing will establish a new security office in Hong Kong, with its own law enforcement personnel - neither of which would come under the local authority's jurisdiction
"  People suspected of breaking the law can be wire-tapped and put under surveillance
"  Management of foreign non-governmental organisations and news agencies will be strengthened
"  The law will also apply to non-permanent residents China also says it will take over prosecution in cases which are considered "very serious", while some trials will be heard behind closed doors.