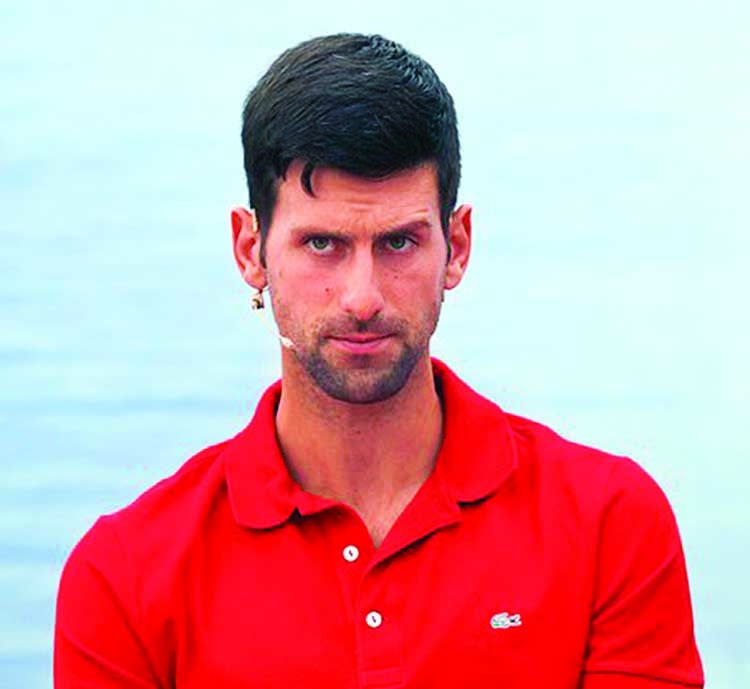 Novak Djokovic
After Novak Djokovic tested positive for Covid-19 on last Tuesday, the tennis world has been plunged in chaos. Adding to that now, graffiti death threats have popped up in Croatia targeting the World No.1.In the walls on the streets of the Croatian city Split - 90 minutes away from Zadar which hosted the controversial Adria Tour - messages wishing Djokovic's death were sprawled, reports The Indian Express.
Last week, Djokovic's charity tournament turned into a Covid-hotspot where social distancing rules were flouted. Apart from the Serbian, his wife Jelena, his coach Goran Ivanisevic, and other participants like Grigor Dimitrov, Borna Coric, and Viktor Troicki were all diagnosed with the virus.
Since then, Djokovic has apologised for hosting the tournament, saying, "I am extremely sorry for each individual case of infection. I hope that it will not complicate anyone's health situation and that everyone will be fine." But that didn't stop aggravated people to put up the ominous message in Split. "Djokovic, die. Our wish is that you die. Greetings from Split. Die," it read.
Djokovic's mother Dijana though isn't much bothered about the message. "It is terrible and scary what they write, but we are used to it. It was as if they could hardly wait. They are obviously bothered by Novak," said Dijana to 7news.com.au. "We all feel good, as do the two of them. Just because Novak is positive doesn't mean he's sick. He is a young and healthy man, so it is easier to bear."
Amid the Adria Tour fallout, there have been calls for the 17-time Grand Slam winner to step down as president of the ATP Players Council. "There are 10 people on the council; they should figure how they feel about it," Paul Annacone, former coach of Roger Federer, told Sports Illustrated.
"You have 500 players around the world on razor's edge, hoping they can play in eight weeks (at the US Open). Every action has a consequence. I think there's a lot of his peer group who are scratching their heads."The coronavirus outbreak led to the suspension of the ATP and WTA professional tennis tours in March. Last week, plans were announced for the sport's sanctioned events to return in August.