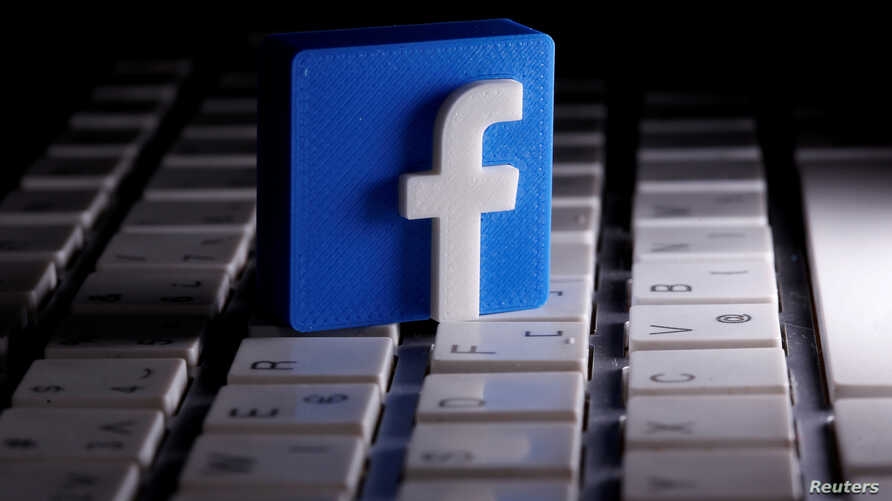 Facebook says it has removed and banned hundreds of accounts connected to a "violent" and "anti-government" US movement.
It said the network was loosely linked to the broader far-right "Boogaloo" movement but was distinct because it actively sought to commit violence.
Armed Boogaloo members have been seen at recent US protests.
The move comes as Facebook faces a boycott from advertisers over hate speech on the platform.
Major companies including Ford, Adidas, Coca-Cola and Starbucks have pulled advertising from Facebook, urged on by campaigners who say the social media firm doesn't do enough to remove racist and other hateful content.
On Tuesday, Facebook said it was disrupting the "dangerous" group on its platform.
"It is actively promoting violence against civilians, law enforcement and government officials and institutions," a statement said. "Members of this network seek to recruit others within the broader boogaloo movement, sharing the same content online and adopting the same offline appearance as others in the movement to do so."
The Boogaloo movement shares followers with some neo-Nazi and white supremacist groups, as well as libertarians and anarchists.
Facebook removed 220 accounts on its namesake platform and another 95 accounts from Instagram, as well as 28 pages and 106 groups that "currently comprise the network".
"We have also removed over 400 additional groups and over 100 other pages for violating our Dangerous Individuals and Organizations policy," it said.
It added that the removal of the accounts was "the latest step in our commitment to ban people who proclaim a violent mission from using our platform".
The social media site said it had been closely following the Boogaloo movement since 2019.
The movement, often referred to as the "Boogaloo Bois", is loose and leaderless. Followers generally sign up to two fundamental beliefs: a desire for an armed overthrow of the government, and an unwavering commitment to gun ownership.
It began as a relatively small movement on the website 4chan but over years has grown considerably in size.
Last month, a US Air Force sergeant with links to the movement was charged with the murder of a federal security officer during a Black Lives Matter protest. He was also charged with the murder of another officer eight days later.
US Attorney General William Barr last week formed a Justice Department task force to counter violent anti-government extremists including the Boogaloo movement.