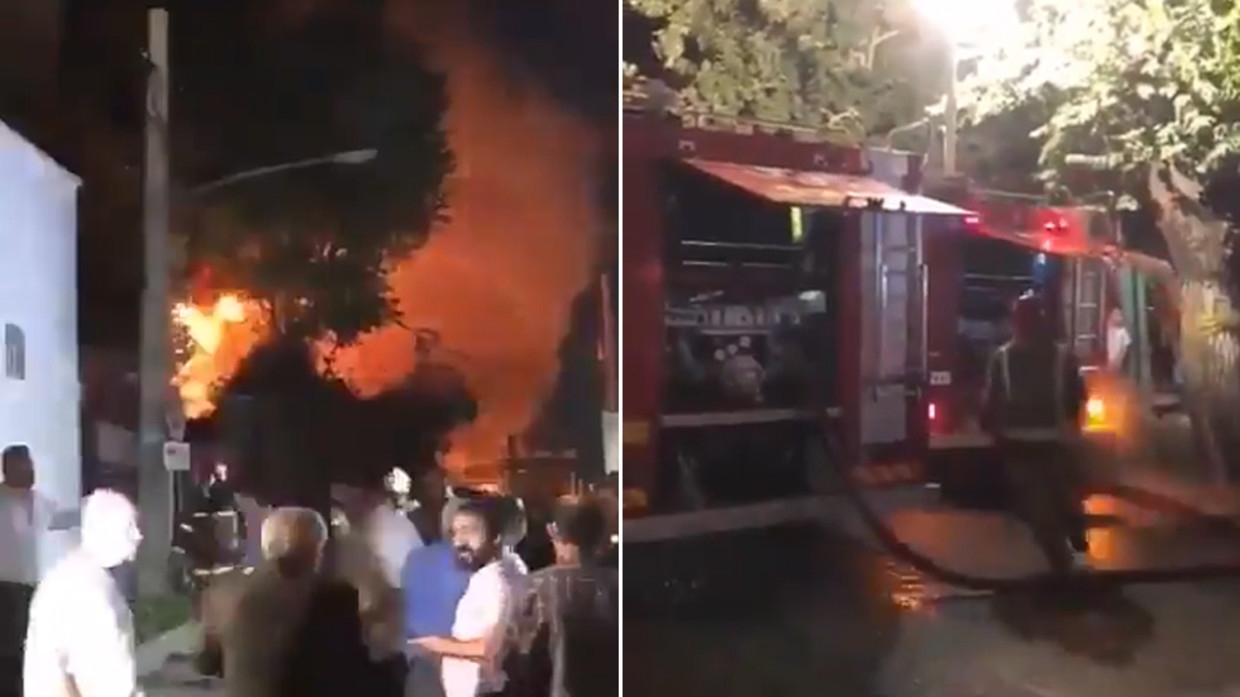 A powerful explosion at a clinic in northern Tehran killed at least 19 people on Tuesday, Iran's semi-official ISNA news agency reported.
The blast at Sina At'har health centre caused damage to buildings in the vicinity and sent a plume of thick black smoke into the night sky, state television reported.
"An explosion was reported at 20:56 (1626 GMT) followed by a fire at Sina At'har clinic. Medical units were dispatched immediately," Tehran's emergency medical services said in a statement.
"The death of 13 people has been confirmed. Six have also been injured and transferred" to a hospital, it added.
Tehran fire department spokesman Jalal Maleki also told the agency that firefighters recovered six more who died after the blaze was extinguished around two hours later, raising the toll to 19.
Fifteen of the dead were women, state television said.
In a TV interview, Maleki said the explosion occurred as gas canisters caught fire in the clinic's basement.
Some of the victims "were in upper floors in operation rooms, who were either patients being operated on or those with them," he said.
"They unfortunately lost their lives due to the heat and thick smoke."
The incident comes four days after an explosion near a military complex rocked the Iranian capital.
It took place in the Parchin area in the southeast of Tehran due to "leaking gas tanks", Iran's defence ministry said on Friday, adding there were no casualties.
Parchin is a site suspected of having hosted conventional explosion tests applicable to nuclear power, which the Islamic republic denies.
It had come under scrutiny from the UN's International Atomic Energy Agency in 2015.
Iran had refused the IAEA access to the site because of the nature of its work, but the agency's then chief, the late Yukiya Amano, paid a visit there.--AFP