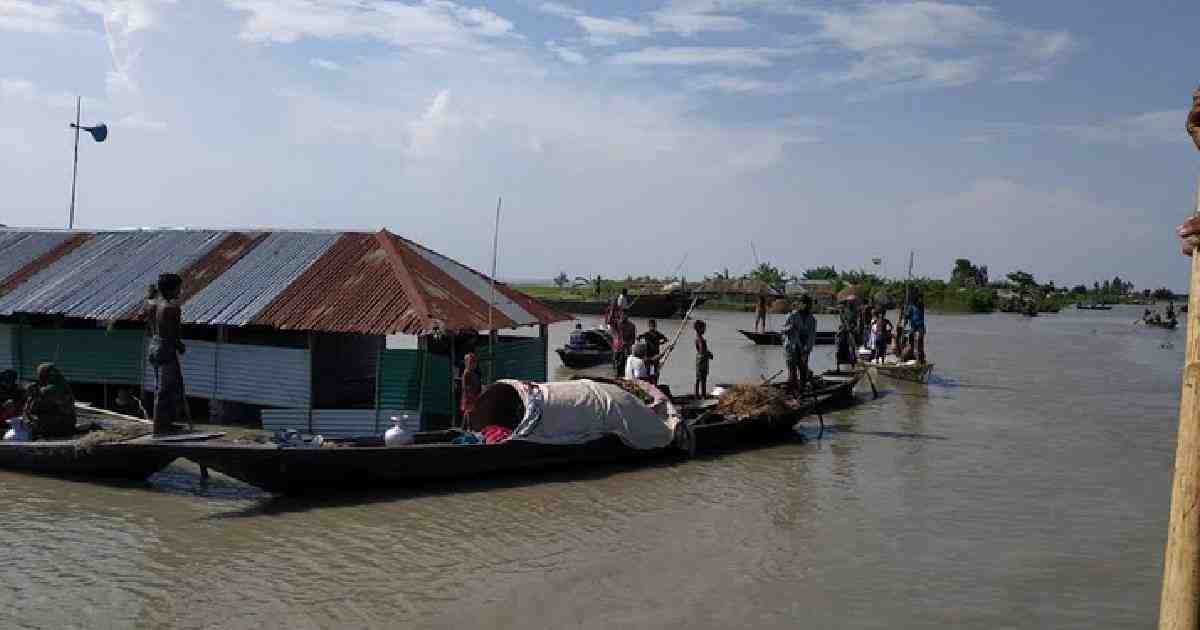 Flood situation in Kurigram district remained unchanged due to rise of water levels in Brahmaputra, Dharala and Dudkumar rivers for the last six days.
Ariful Islam, Executive Engineer of Kurigram Water Development Board, said water level in Dharala River at Kurigram Bridge point is flowing 43 cm above the danger level while Brahmaputra River at Chilmari point is flowing 64 cm above the red level and 53 cm above the danger level at Nunkhawa point.
People in the flood affected areas said they have been suffering a lot due to shortage of dry food, pure drinking water and relief materials as they did not get any relief from the government.
District Civil Surgeon Dr. Habibur Rahman said three children drowned in flood water in the last three days till Tuesday.
They are Mostakim, a 14-month-old boy of Saiful Islam of ulipur upazila, Belal Hossain, 8, son of Amir Hossain of Nageshwari upazila, Shanta Islam, 7, son of Zahed Islam of Chilmari upazila of the district.
Read Also: 1.5 lakh marooned in Kurigram as flood situation worsens
ABM Abul Hossain, Chairman of Hatiya union, said the flood water entered the union, forcing 700 people to take shelter on road.
Dilip Kumar Saha, District Relief and Rehabilitation officer, said some 357 villages under 55 unions out of 77 unions have been flooded while 29.50 kilometer sembankment were damaged due to flood.
Some 3,922 hectares of land have gone under water, he said.
So far, 302 mts rice and Tk 36.50 lakh have been allocated for the people in nine upazilas of the district, he added.