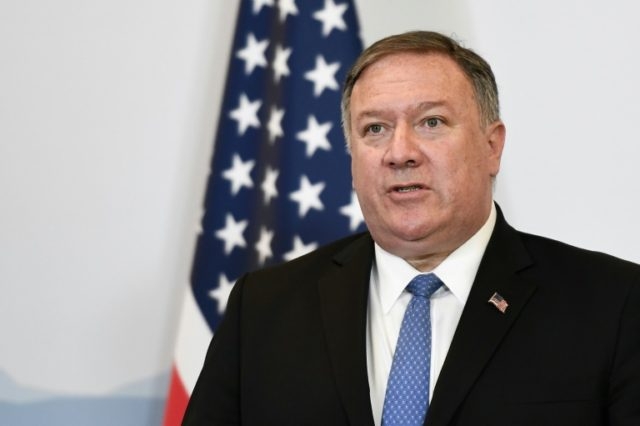 US Secretary of State Mike Pompeo has warned the Taliban against attacks on Americans, the State Department said Tuesday, amid outrage over alleged Russian bounties to target US troops.
In a telephone call Monday with Taliban negotiator Mullah Baradar, Pompeo “made clear the expectation for the Taliban to live up to their commitments, which include not attacking Americans,” a State Department statement said.
Pompeo was speaking about the implementation of a February 29 agreement between the Taliban and the United States, which has started withdrawing troops as part of President Donald Trump’s bid to end America’s longest war.
US officials say that the Taliban has abided by terms not to attack the US-led coalition.
But it has kept up violence against Afghan government forces, casting a cloud over attempts to start talks between the two sides on a peace settlement.
Washington has been rattled by reports, initially in The New York Times, that Trump was briefed over US intelligence that a Russian spy unit had offered rewards to Taliban-linked militants to kill US troops.
Trump has insisted that he was not briefed but lawmakers of the rival Democratic Party and even some Republicans have demanded further explanations.
The Taliban earlier provided an account of the call, saying that Baradar told Pompeo that the guerrillas “do not allow anyone to use Afghan soil against the US and other countries.”