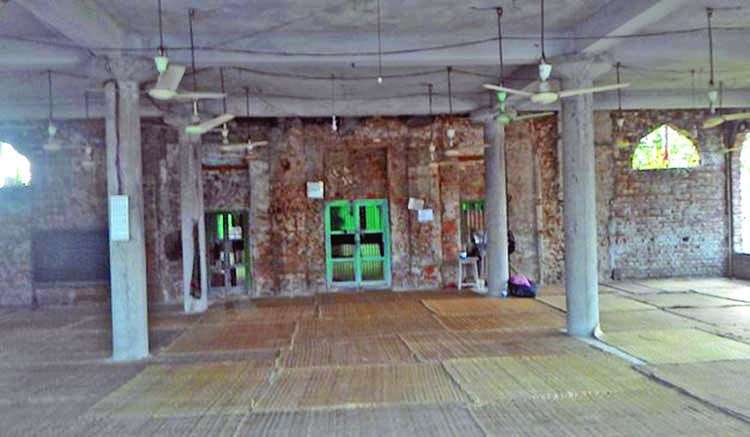 Tengor Shahi Jame Mosque is a single-domed square shaped mosque and built entirely of brick.Through the analysis of An Arabic inscription, originally fixed over the central archway of eastern wall, can now be found fixed to an enclosure wall of a nearby newly built mosque, locally known as Pashchimpada masjid (mosque).
According to the inscription, the Rikabi Bazar Mosque was built by one Malik Abdullah Miah, son of Amin Khan Fakir Miah, in 1569 AD during the reign of Sultan sulaiman karrani.
The walls of this mosque are about 2.13m thick.There were four corner-towers in the four exterior angles of the building, but these were removed at the time of renovation work. The mosque has five arched-doorways, three in the east and one each on the north and south sides. The north and south doors are now used as windows. All the arches are of the two-centered pointed variety.
The central archway in the east is bigger than the flanking ones. Corresponding to the three eastern archways there are three renovated semi-circular mihrabs inside the qibla wall that are set within rectangular frames. Like the central doorway, the central mihrab is bigger than its flanking counterparts. The north and south walls have two alcoves on either side of the archway.
The square prayer hall of the mosque is covered with a large brick shouldered dome, which rests on the four blocked arches over the central mihrab and the three axial doorways springing from the brick pilasters, two inside each wall, in combination with Bengali pendentives and half-domed squinches on the upper angles.
Architectural Features: Architectural features of this mosque include massive walls, a large dome, two-centered pointed archways and a dome supported by blocked arches springing from brick pilanters in combination with pendentive and half-domed squinches.
These are very feature similar to the Goaldi Mosque in sonargaon and baba saleh's mosque in Bandar, both in narayanganj district An octagonal drum can be seen externally in the lower part of the dome.
The parapets and the inner side of the dome is decorated with rows of blind merlons, and each rectangular frame of the three mihrabs is crowned by a frieze of blind merlons. These are not original ornamentations. The outer walls of the mosque were once ornamented with terracotta plaques, but now these are all missing. The mosque is at present covered with cement plaster.

How to go
There are several transport is available from Dhaka to Munshiganj. The bus services are "Nayan Paribahan", "Dighir par Paribahan" and "Dhaka Transport", all of the buses used to start from "Gulistan" of Dhaka. It will cost you 60-80 taka, and will require 1 hrs to 2 hrs bus journey depending upon the road traffic.
Also you can hire CNG auto rickshaw from the "Postogola", and it will take you 250-350 to take you at Muktarpur bridge. Remember, if you are hiring CNG, make sure who will provide the toll of the bridge.
For you information, the toll fee is 20 taka. So negotiate with the driver of CNG about who will provide the toll. This mosque is about 4.8 km to the west of the district town, and about 2 km to the west of the famous Baba Adam's Mosque, is a thoroughly renovated building. 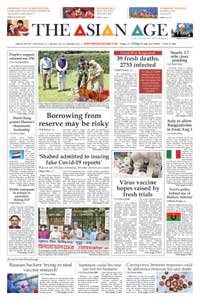