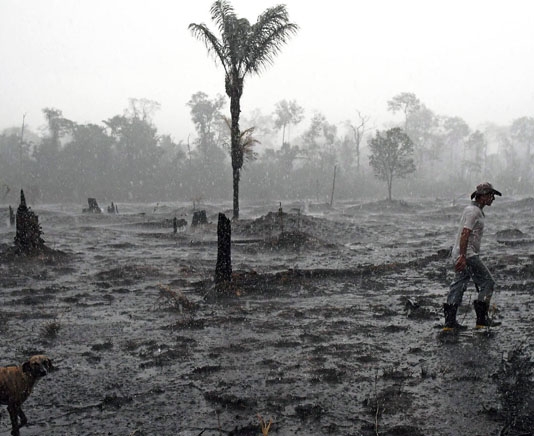 Faced with investors demanding “results” in the fight against Amazon deforestation, Brazil’s government seems to be performing something of an about-face, although it will have to work to convince skeptics.
The simple fact that Vice President Hamilton Mourao committed on Wednesday to cutting deforestation and forest fires “to an acceptable minimum” was a mini-revolution in the administration of far right President Jair Bolsonaro.
Less than a year ago the international community watched in horror as the number of forest fires in the Amazon soared to their highest levels since 2013.
Ireland and France threatened to scupper a trade deal between the European Union and Mercosur — of which Brazil is a member — unless Bolsonaro acted to protect what French President Emmanuel Macron described as a “common interest.”
Macron called the fires an “international crisis” and Bolsonaro fired back at his counterpart’s “colonialist mentality.”
“Europe is an environmental cult,” Bolsonaro said Thursday on Facebook. “They haven’t preserved their environment, almost nothing… but they hit us all the time over this, and unfairly.”
“We have problems because Brazil is an agribusiness power.”
But at the end of June, investment funds from Europe, Asia and South America that collectively administer close to $4 trillion in assets cranked up the pressure in an open letter to Bolsonaro, urging the end of projects that threaten to accelerate destruction of the world’s largest rainforest.
That seems to have hit home.
“The fact that the pressure comes from investors and not from heads of state, that gives it a different tone,” Andre Perfeito, an economist at Necton consultants, told AFP.
Last week those investors held a video conference with the government, after which Mourao admitted words were not enough.
“At no time did investors commit with resources, they want to see results… to do with the reduction in deforestation,” said Mourao, who heads the National Amazon Council.
– ‘Much more serious consequences’ –
The threat from foreign investors is taken very seriously by a government that needs capital to reignite an economy ravaged by the coronavirus.
“Brazil is banking on foreign investments to emerge from the crisis. These foreign investments are important for a number of areas: sanitation, infrastructure,” said Rubens Barbosa, former Brazilian ambassador to the United States and now director of an international relations and foreign trade institute.
Several former finance ministers and ex-presidents of the Central Bank stressed in an open letter this week that failure to take action against climate change “could have much more serious consequences than the pandemic.”
Environmental campaigners are not holding their breath though, given the government’s history of wanting to remove protections afforded to indigenous land and natural reserves to help expand mining and farming.
“What is the goal? It doesn’t exist. What is the budget? It doesn’t exist… What is the method? It doesn’t exist. There’s no change in conduct that gives us the minimum hope that the government will change its behavior,” said Marcio Astrini, executive secretary of the Climate Observatory, a collective of NGOs fighting against global warming.
The numbers certainly make grim reading, with record deforestation in the first half of 2020, up 25 percent from the same period last year.
In May, the government sent the army to the Amazon to battle forest fires with the dry season fast approaching, but Mourao admitted those operations were launched “too late.”
The result was the worst June for forest fires in 13 years, with the blazes often started by farmers in deforested areas looking to create pastures for their cattle to graze on.
– ‘Swimming against the current’ –
Agriculture Minister Tereza Cristina recently said Brazil doesn’t need to deforest the Amazon to develop its huge agricultural potential.
Cristina, an ardent supporter of Brazil’s agribusinesses, knows her sector depends on exports to countries increasingly reticent about buying products from deforested land.
A report in Science magazine Thursday claimed a fifth of beef and soybean exports to the EU was produced on illegally cleared land.
“The main thing to recover external credibility is to present results. Rhetoric isn’t enough,” said Barbosa.
The government has signed the trade deal between the EU and Mercosur, which includes a chapter on sustainable development.
“The Bolsonaro government accepted, so it will have to demonstrate with results that it is fulfilling those agreements,” added Barbosa.
Some remain unconvinced, though, that a leopard can change its spots.
“The world has changed, the Bolsonaro government hasn’t and is swimming against the tide,” said Astrini. 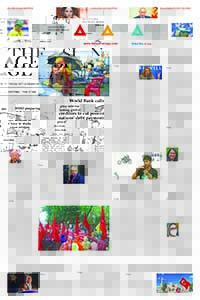