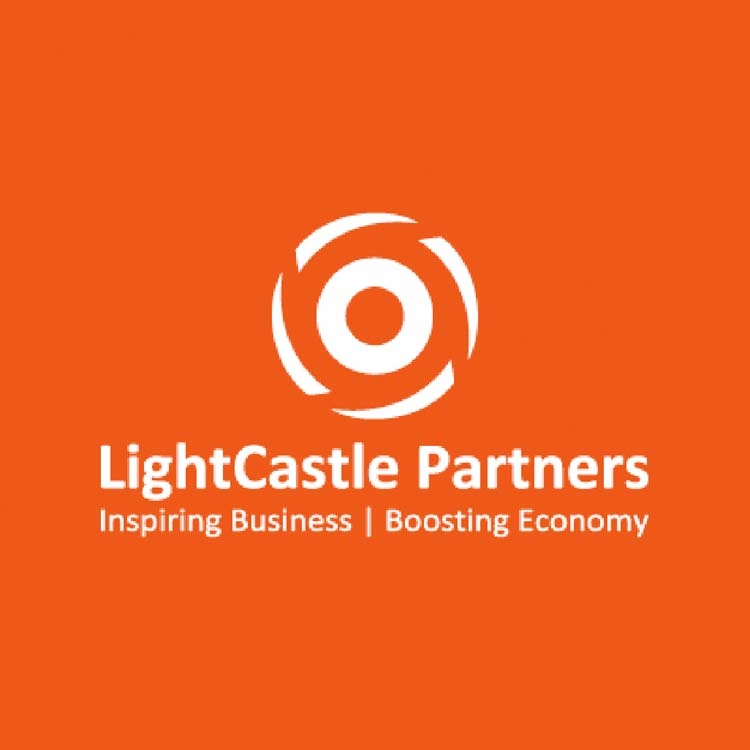 A recent study, launched by LightCastle Partners, has found that top executives of the private sector have low confidence regarding the country's economy in the coming months. LightCastle launched the third edition of its study titled 'LightCastle Business Confidence Index (BCI) 2019-20' through a webinar on Thursday. LightCastle is a consulting firm for creating data-driven opportunities for growth for development partners, corporations, startups and SMEs.
As part of the launch, LightCastle also hosted a panel discussion with four experts from their relative fields. The panel included Masrur Reaz, Chairman, Policy Exchange Bangladesh; Nihad Kabir, President, Metropolitan Chamber of Commerce & Industry (MCCI);  Asif Ibrahim, Chairman, Chittagong Stock Exchange (CSE); and Nasir Uddin Ahmed, Former Chairman, National Board of Revenue (NBR).
The BCI report aims at gauging the business sentiments of private sector leaders (CXO members) across 20+ sectors, having a notable contribution to Bangladesh's economy, said a media release. This year's business confidence is found to be critically low, -19.27, influenced largely by the pandemic induced uncertainties and the fragile state of the financial sector even before the global crisis. The previous editions of the report saw the private sector confidence at +43 (2018) and +39 (2017) respectively. The index is determined on a scale of -100 to +100 using Harmonized Expectation Indicator (HEI).
Key problem areas on a macro level were the diminishing export receipts and reduced foreign remittances: the two fundamentals in which the nation's economy is dependent upon. Asif Ibrahim said, "We have to look at the global trends of RMG manufacturing and start implementing them in Bangladesh. We need to look into lean manufacturing where we reduce wastage and increase productivity." Opening up on doing business globally, Masrur Reza mentioned that Bangladesh has zero Free Trade Agreements. "We will need to establish bilateral trade agreements before graduating from Least developed countries (LDCs) status."
On a macro level, depleted demand, curtailed capacity and inadequate infrastructure were highlighted as the major bottlenecks. Based on these factors, 80 percent of C-suite members surveyed believe that the performance of the economy would deteriorate in the coming 6 months. Almost 40 percent of the CXO members responded that they are on the process of employee layoff, with the inclination more prominent in manufacturing sectors such as Leather & footwear, and RMG & Textile. Furthermore, 1 in every 3 respondent expects lower sales in the coming months. "We need to scope the job market and map the skill gaps in order to facilitate employment and productivity.
It's equally important to facilitate job creators alongside job seekers," said Nihad Kabir, President, MBCCI Moderated by Bijon Islam, CEO of LightCastle, the speakers at the event stressed on taking steps for restoring the private sector's confidence, work on investment friendly policies and develop eco systems to facilitate employment.  Dr Nasiruddin said, "We need to look at the entire ecosystem instead of specific sectors. Only then can we have a comprehensive view and systematic development."