Shahed handed over to RAB 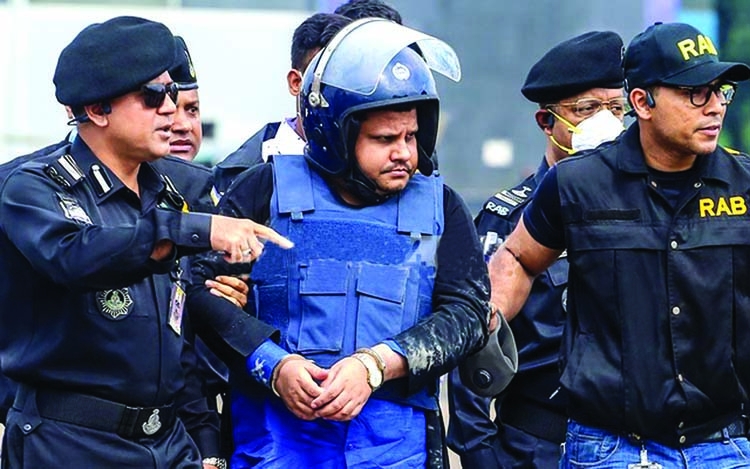 Police have placed disgraced businessman Mohammed Shahed alias Shahed Karim in the custody of the Rapid Action Battalion following his arrest in connection with a COVID-19 test scam involving Regent Hospital.
He was handed over by the detective police on Thursday, said Ashik Billah, RAB's director of legal and media affairs wing, reports bdnews24.com.
The elite police unit has also been tasked with investigating a case filed against Shahed, the chairman of Regent Hospital, on Jul 7 over the possession of illegal arms and drugs.
The RAB uncovered a series of irregularities during a raid on Regent Hospital amid allegations that it had been issuing fake COVID-19 test reports.
The headquarters and two branches of Regent Hospital in Dhaka were subsequently sealed off while a case was initiated against 17 people, including Shahed, over the scam and other irregularities.
Shahed was arrested on July 15 from Satkhira frontier, a week after going on the run.
He was subsequently placed on a 10-day remand during which, detective police found further proof of his misdeeds.
At least three cases of fraud, arms and currency counterfeiting were filed against Shahed with Uttara West Police Station.
"The fraud case has already been turned over to RAB but we'll ask for the investigation duties for the other two cases as well," said Ashik.
Shahed has allegedly embezzled billions by defrauding ordinary people through his microcredit and MLM business.
He has also been implicated in 20 fresh cases following his arrest by the alleged victims of his fraudulence.