UK, US say Russia fired a satellite weapon in space 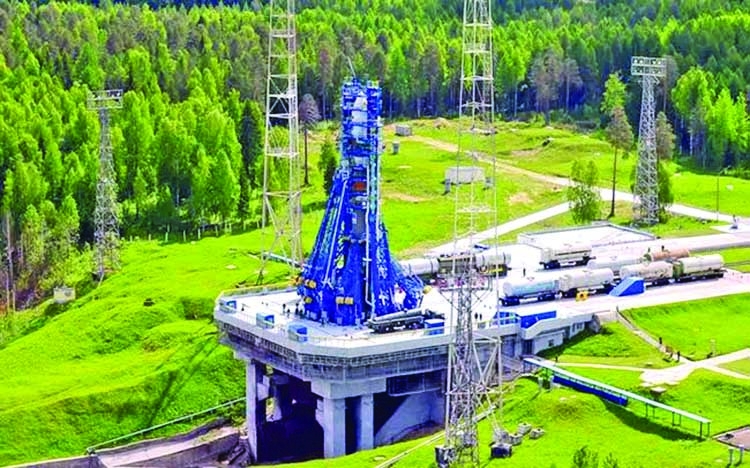 Russian satellite behaviours are 'inconsistent with their stated mission' warns the US. -THE US SUN
The UK and US have accused Russia of launching a weapon-like projectile from a satellite in space.
In a statement, the head of the UK's space directorate said: "We are concerned by the manner in which Russia tested one of its satellites by launching a projectile with the characteristics of a weapon."
The statement said actions like this "threaten the peaceful use of space".
The US has previously raised concerns about this Russian satellite. In his statement, Air Vice Marshal Harvey Smyth, head of the UK's space directorate, said: "Actions like this threaten the peaceful use of space and risk causing debris that could pose a threat to satellites and the space systems on which the world depends, reports BBC.
"We call on Russia to avoid any further such testing. We also urge Russia to continue to work constructively with the UK and other partners to encourage responsible behaviour in space."
It is the first time the UK has made accusations about Russian test-firing in space, the BBC's defence correspondent Jonathan Beale says, and comes just days after an inquiry said the UK government "badly underestimated" the threat posed by Russia.
The incident will heighten concerns of a new arms race in space, he added, saying other nations are also investigating technologies that could be used as weapons in space.

The US said the Russian satellite system was the same one it raised concerns about in 2018 and earlier this year when the US accused it of manoeuvring close to an American satellite.
On this latest incident, Gen Jay Raymond, who heads US space command, said there was evidence "that Russia conducted a non-destructive test of a space-based anti-satellite weapon".
He said Russia "injected a new object into orbit" from a satellite.
Gen Raymond added: "This is further evidence of Russia's continuing efforts to develop and test space-based systems and [is] consistent with the Kremlin's published military doctrine to employ weapons that hold US and allied space assets at risk."
This Russian test of what the Americans say is an anti-satellite weapon is part of a pattern of recent Russian space activity. In February the US military said that two Russian satellites manoeuvred close to an American one, and in April Moscow test-fired a ground-based satellite interceptor.
Only four countries - Russia, the US, China and India - have demonstrated an anti-satellite capability over the past decades. Anti-satellite warheads have been carried aloft by aircraft or rockets and satellites have also been illuminated by lasers.
But Moscow is also clearly looking at using one satellite to kill another. Interest in such weapons is growing given our reliance upon satellites for a variety of purposes such as intelligence gathering, communications, navigation and early-warning.
There is no treaty banning or limiting such weapons though a number of countries have argued for some kind of agreement to do just this.
But in military terms space has already become the new frontier with several countries organising specific commands in their armed forces to deal with both the defensive and offensive aspects of protecting their essential space-based systems.