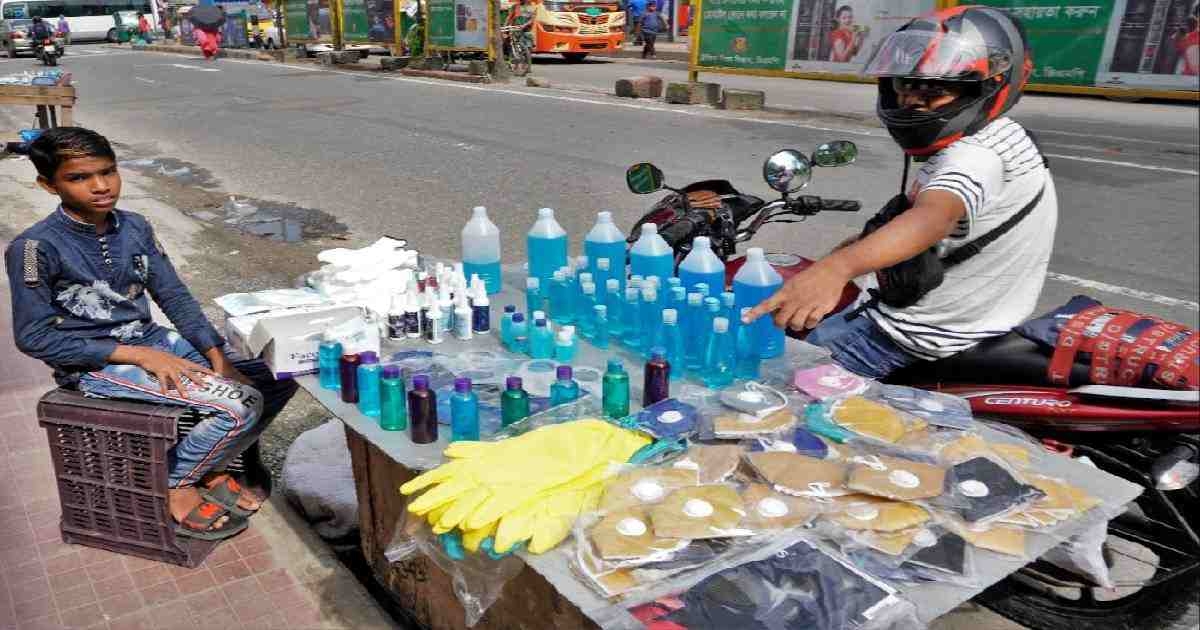 Bangladesh’s Covid-19 death tally reached 2,836 on Friday after the health authorities announced the death 35 more coronavirus patients in the last 24 hours until Friday morning.
During this period, 2,548 fresh cases were detected after testing 12,027 samples. So far, the country has recorded 218,658 cases, making Bangladesh the 17th worst-hit country globally.
Friday’s infection rate was 21.19 percent. Since March 8, when the first cases were reported, 10,91,034 samples had been tested with an overall infection rate of 20.04 percent, Additional Director General of the Directorate General of Health Services (DGHS) Prof Dr Nasima Sultana said at a regular online briefing.
She said 1,768 patients have recovered in the last 24 hours, putting the total number of recovered patients to 120,976.
The recovery rate from the disease has increased to 55.33 percent while the fatality rate is still at 1.3 percent. So far, 2,237 men and 599 women have died of coronavirus, according to official data.
The number of deaths per million population is still 17 while Bangladesh detected 1,327 confirmed cases per million.
According to DGHS data recorded since March 18, nearly 1,300 coronavirus patients who died did were aged above 60 years.
“So far, 18 patients who died were aged below 10 years, 30 between 11 and 20, 82 between 21 and 30, 191 between 31 and 40, 401 between 41 and 50, 830 between 51 and 60 and 1,284 were aged above 60 years,” Dr Nasima said.
Dhaka division records the highest number of deaths followed by Chattogram.
As of Friday, 1,372 patients have died in Dhaka, 707 in Chattogram, 159 in Rajshahi, 194 in Khulna, 109 in Barishal, 133 in Sylhet, 104 in Rangpur and 58 have died in Mymensingh division.
In the last 24 hours, 32 patients died in hospitals across the country and three died at home.
At present 18,970 are in isolation and 59,530 are home and institutionally quarantined across the country.
Global coronavirus situation
The total number of confirmed cases of coronavirus passed 15.5 million on Friday with over 633,449 recorded deaths, according to the tally kept by US-based Johns Hopkins University.
Coronavirus cases were first reported in China in December late last year in Wuhan.
The World Health Organization (WHO) declared it a pandemic on March 11.
It has spread to all corners of the world since then.