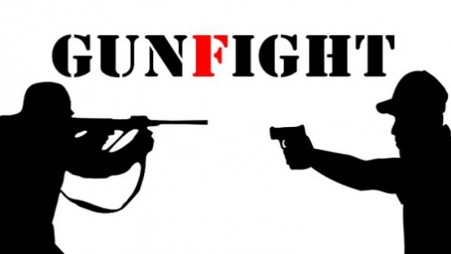 Two suspected criminals were killed in a reported gunfight with Rapid Action Battalion (Rab) in the city's Turag area early Friday.
The deceased were identified as Omar Faruk, 38, son of Wadud Matobbar of Bhola and Ibrahim Khalil, 50, son of Sultan Mia of Narsingdi.
Two foreign made pistol, magazines, cartridges, 3,090 piece Yaba pills, a motorbike, three mobile phones, and Tk 10,000 cash were recovered from the spot.
Senior ASP Quamruzzaman, Commanding officer of Rab-1, said acting on information, Rab set up a check post in the area.
Around 2:30am, the elite force gave a signal to a motorbike to stop. But the criminals ignored the signal, opened fire and tried to flee.
The two men were injured in the skirmish. Later, they were taken to a local hospital where the doctors declared them dead.