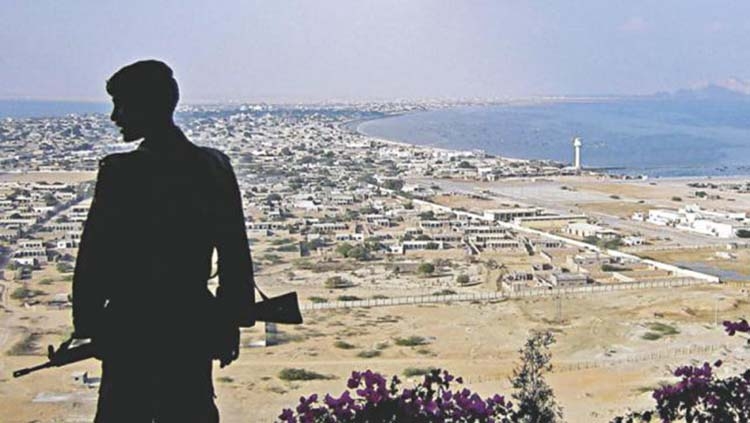 In the current geo political scenario, Balochistan is one area in Pakistan which is hard hit by Pakistani excesses leading to severe repression of the Balochis' civil rights and dignity. They are constantly at the receiving end mainly because of the Pakistani security forces' continues brutal oppression.
Such military led aggressive activities by Pakistan trying to stifle the voice of dissent raised by the Balochs, who always upheld their self esteem and dignity, have now caught the attention of the world bodies and the latest to take note of the atrocities is the United Nations Department of Safety and Security (UNDSS) Threat and Risk Assessment Service.
To put things in perspective, Balochistan continues to be a very importantly placed strategic location in the Indian Sub Continent. Essentially, the Balochs have been aspiring for a sovereign state since 1948. Their dream is for a greater Baluchistan comprising areas drawn from Iran, Pakistan and Afghanistan. It's very rich in terms of minerals as gold, copper, uranium, floride, sulphur etc abound in enormity.
Further, there is a 200 mile long stretch in Baluchistan called Gwadar Special Economic Zone which was unfairly given to China on lease in 2015 by Pakistan for a period of 43 years. This is a major point of irritation for the Baluchis against Pakistan and China as well. They are also upset with the China Pakistan Economic Corridor (CPEC) that their lands have been affected amid apprehensions that there will be no economic progress in that area perceived to be highly impoverished largely due to deliberate neglect by successive Pakistani governments which is largely believed to have been done for reasons of sheer discrimination and partiality.
Also, long  years of abject neglect and suppression of voice, and belligerent activities have given rise to militancy stemming out of natural angst against the federal government. This has also catapulted formation of several insurgent groups, well trained, armed and completely dedicated to take on the Pakistani security forces. Some of these outfits have made their presence felt and they remain as forces to reckon with occasionally inflicting casualties on the Pakistani counter terror machines.
Among these bodies, the Baluchistan Liberation Army (BLA) wants complete autonomy for Baluchistan and even demands for a greater Baluchistan.  BLA was suspected to have masterminded the terror attacks in the Pakistan Stock Exchange in Karachi very recently. This bold assault shook the Pakistani security setups and the army forcing them to revisit the Baluch problem.
Another pro active outfit which continues to pin prick Pakistan security establishment is popularly known as Baluchistan Liberation United Front (BLUF) which has been seeking complete independence from Pakistan and is decidedly a militant organization. Pakistani authorities are finding it quite a challenge in dealing this outfit as it has already emerged as a tough adversary. Then, there is the Baluchistan Republican Army (BRA) which opposes any foreign influence on the matters of Baluchistan. Its activities are closely monitored by the security agencies apprehending misperceived attempts by some external forces to take advantage of the prevailing situation in the Baluch heartland.
The third most important arm of the ongoing movement carried out by the Baluchis is the Lashkar e Balochistan (LeB) which is a declared terrorist organization. Most significantly, it has taken full responsibility for perpetrating terror strikes in cities like Karachi, Lahore and Quetta.  These included deadly bombings too. In the preceding year, there were 12 lethal cases while in the current year there have been 4 incidents of bombings in Pakistan, till June, carried out by the LeB.
Intelligence sources, meanwhile, indicate more cases may be in the offing in the future when LeB strikes in the cities and targeting the security forces with tremendous ferocity.
Notably, Baluchistan Liberation Front (BLF) is a fearsome terrorist organization which was founded by Jumma Khan Marri in 1964 in Damascus. BLF came into limelight time and again for its stepped up insurgency in Sistan from 1968 to 1973 and in stretches of Iran, again from 1973 to '77. No amount of Pakistani force could deter their dare devilry and open challenge to the security dispensation. The outfit was particularly active in the areas of Kech, Awaran, Pangyur and Gwadar.
Similarly, there exists the United Baloch Army (UBA) led by Mehran Marri . Possibly due to seeds of discord down by the Pakistani Army, Mehran and his brother Hyrbyair Marri developed frictions leading to serious sparring between them encouraging factionalism to weaken the movement. However, UBA continues to engage the security forces by striking the heart of Quetta with multiple bombings.
Crucially, UBA has a Majeed Brigade which is believed to be carrying out fidayeen attacks on select targets. In the meantime, through their publicity portal Hakkal, the Baluch rebels have been airing their grievances to the U.N., the EU and other organizations bringing to their notice about the humanitarian abuses inflicted on the Baluchis by the Pakistani forces. Very recently, it highlighted that they will not rest till their goal of a Baloch motherland is achieved.
They further alleged that the Pakistani government has been looting Baluchistan for the last over 70 years and the living conditions due to perpetual neglect remains pathetic. These ills have the potential of these outfits snowballing into more concerted terror attacks and strikes by the Majeed Brigade and therefore remains a strong possibility.
With the freshest development of Iran coming close to China bringing more warmth in their relations, movement of the Baluchis calls for a closer look. They have always been vehemently opposed to the CPEC and in the light of new happenings, their strategic interests in the Iran part also merits   a sharper scan. Whatever, Pakistan has to grapple with the rising security challenge posed by the numerous Baluchi outfits which remain a formidable threat to the country's integrity and sovereignty.


The writer is a security analyst and a free lance columnist. He is also the former National Security Advisor to the Prime Minister of Mauritius. The views expressed are personal