Deepika, Priyanka to be questioned by police 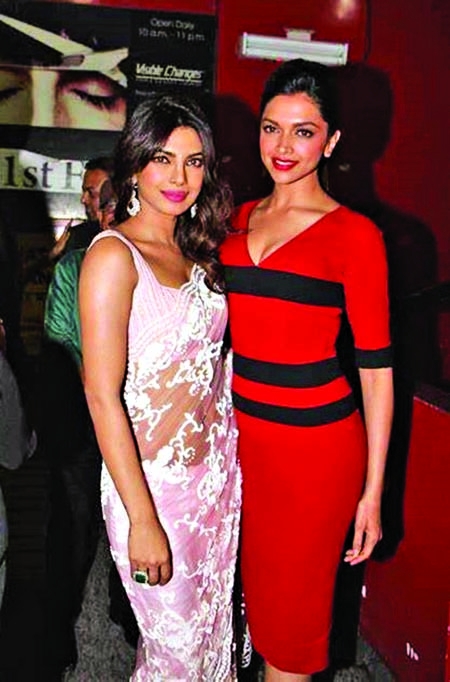 Often social media followers are fake. And when celebrities have followers like a massive 50M, they're expected to be under the radar. Something similar is now happening with DeepikaPadukone and Priyanka Chopra. Latest reports suggest that the two may be questioned by Mumbai Police in the 'Fake Social Media Followers Scam.' Below is all you need to know.It all caught attention when singer BhumiTrivedi filed a complaint after she found a profile impersonating her on social media. The imposter created a fake profile and even used it to chat with various users.
He even took screenshots of the chat for validation and increasing his followers.Now, as per a report by DNA, Mumbai Police is tracking profiles of high-profile celebrities analyzing their fake and paid followers. Reportedly, as many as 176 celebs are under their radar. Deepika, Priyanka are also under this list.Mumbai Police will reportedly question both Priyanka, Deepika regarding fake followers on their account. Furthermore, 6 other Bollywood celebrities are under the radar too.Meanwhile, not just Bollywood, but celebs from different fields like sports, and builders would be questioned too.
It is reported that many of these 176 accused celebrities have paid agencies to gain fake followers on social media.Talking about the same, Mumbai Joint Commissioner of Police Vinay Kumar Chaubey had earlier said, "We have investigated and found as many as 54 firms involved in this racket. SIT comprising Crime Branch along with Cyber Cell has been formed which will help in investigating this case."Criminal Intelligence Unit (CIU) has also arrested a person named Abhishek Dinesh Daude. He worked under the company www.followerskart.com and created fake profiles on social media.