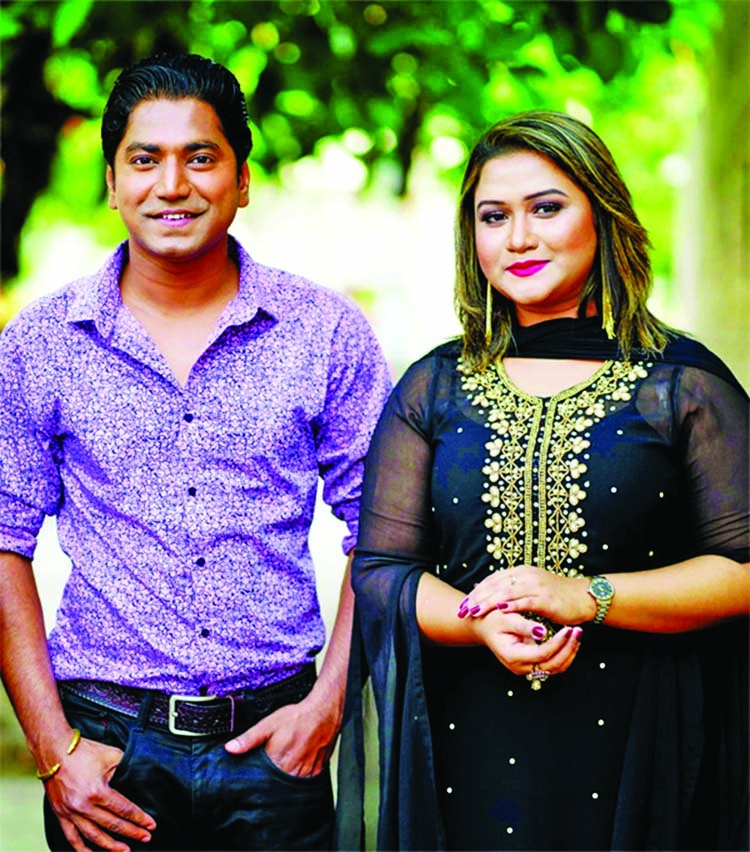 As a singer, Muhin Khan is established. For the last few years, he has been giving music direction cordially. From legendary singers to present generation's singers are rendering songs under his composition.
Everybody is appreciating his music composition. Under Muhin's composition, Zhilik rendered three songs. For the fourth time she again rendered a song under his music composition.
Zhilik lent her vocal for the song titled 'Kar Birohe', which lyrics were written by Jamal Hossain. Recording of the song has already been done recently.
While praising Zhilik's rendering style in the song Muhin said, "Lyrics of the song written by respected Jamal Hossain Bhai is nice which I realized while composing its music. While composing the song the name of Zhilik was in my mind. After composing, Zhilik liked it and she became impressed. Zhilik is an outstanding singer. Music-listeners have already impressed by her rendering style. I believe her song will bring back life of Rongon Music."
Zhilik shared her feelings by this way, "Earlier I had experience to render songs under Muhin Bhai's composition which will remain special place in my mind. I am really delighted to render this song. I believe this original track will be enjoyed by the music-lovers."