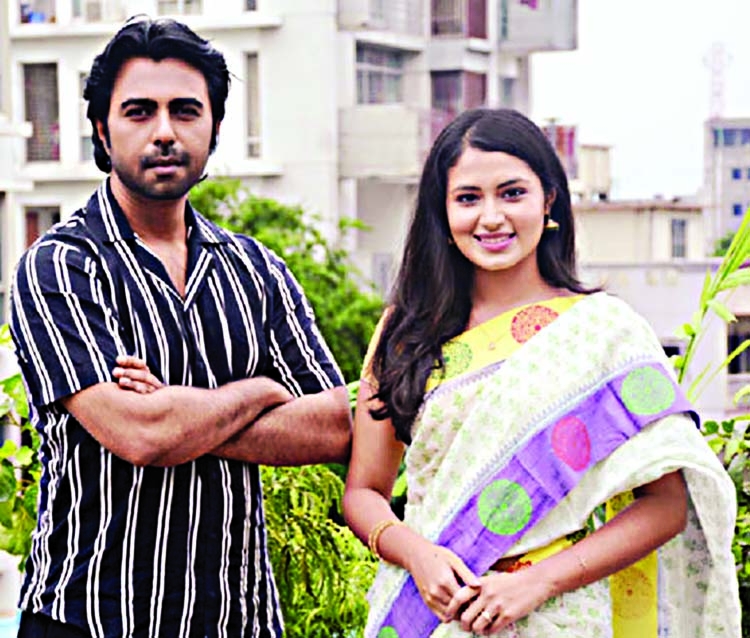 After being in quarantine for four months in a row, Apurba, the popular TV hero of the time, returned to shooting opposite Mehazabien in MizanurRahman Aryan's drama on July 7. However, the whole unit including him had to return home in one day and return to home quarantine because, on July 8, two people of the shooting unit were corona positive!
After that Apurba was at home for 12 days in a row. He later tested for corona twice and both times the result came as negative. So the actor returned to shooting again with courage with the same director. The two have started shooting for the new drama of Eid 'Janbena Konodin'. The wonderful heroine TasniaFarin is acting opposite him. Apurba and Farin have started the work of 'JanabenaKondin' July 21.
Apurba said, "I have already finished work on two dramas. Mizanur Rahman Aryan is the director of both the dramas. I will do two or three more dramas in the future. I've done a lot of work with Farin before. I have been getting quite a good response for every drama. Farin is performing quite well at this time. There is an attempt to do well in acting just like there is dedication in it. It is possible to have a good combination of these two. I think Farin will do much better in the future."
Farin said, "Apurba is undoubtedly a great actor. Viewers have found proof of this in his multidimensional characters. He is always very co-operative in shooting. The way he collaborates by explaining before acting in a scene makes the scene come alive. Thanks to Mizanur Rahman Aryan for keeping me involved in a wonderful story. I hope the viewers will like it."
Aryan said "JanbenaKonodin will be aired on CMV's YouTube channel next Eid. Apurba and Farin first acted together in the drama 'Police EkjonManush' directed by Mabrur Rashid Bannah. They later starred in Raj's 'Say Sorry', 'ShadaRumal', BU Shuvo's 'Notebook' and AR Menon's 'Siddhanto'.