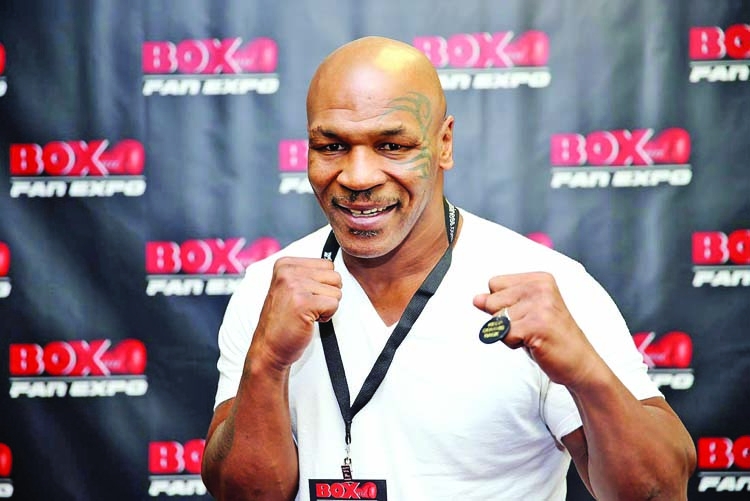 Mike Tyson, one of the greatest heavyweight champions of all time, is returning to the ring after a long gap.
The 54-year-old will meet four-division champion Roy Jones Jr in an eight-round exhibition match on Sept 12 at Dignity Health Sports Park, reports AP.
Tyson became the youngest heavyweight champion in history when he won the title in 1986 at age 20 and for a time was the most feared fighter in boxing. His career became littered with distractions and he hasn't boxed since 2005 after losing his second straight fight.
He has occasionally teased a return with workout videos and it's finally scheduled to happen. His explosive training videos with his trainer shocked many. He looked in terrific shape and people were clearly surprised seeing the speed and power of the former champion even at the age of 54.
After retiring from boxing, Mike Tyson even went on to star in the popular Yip Man franchise alongside Donnie Yen. In one of the first training videos he posted, Tyson said "I'm back", teasing a comeback and triggering speculations about his comeback fight. Many names came up as prospective opponents but it has finally been decided to be Jones.
Jones, 51, won titles in the middleweight, super middleweight and light heavyweight before moving up to win the heavyweight title in 2003, becoming the first former middleweight champion to do so in 106 years.
The event will air on pay-per-view and the social media music platform Triller. Further matches on the card and musical entertainment will be announced in the coming weeks.