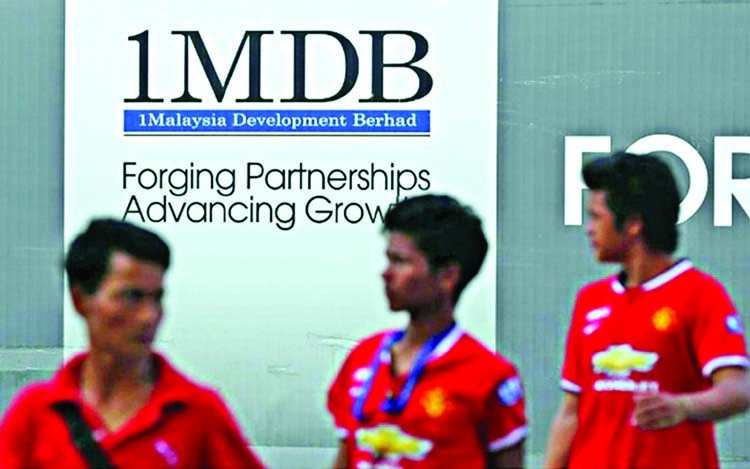 US investment bank Goldman Sachs on Friday reached a $3.9 billion settlement with Malaysia over the multibillion-dollar 1MDB scandal that will see all criminal charges against the bank dropped.
The deal includes a $2.5 billion cash payout by Goldman and a guarantee by the bank to return at least $1.4 billion in proceeds from assets linked to sovereign wealth fund 1Malaysia Development Bhd (1MDB), the two sides said, reports Reuters.
The settlement is the biggest reached so far in Malaysia's efforts to recover funds allegedly stolen from 1MDB, and is a big victory for the four-month old administration of Malaysian Prime Minister Muhyiddin Yassin. "We are confident that we are securing more money from Goldman Sachs compared to previous attempts, which were far below expectations," Finance Minister Tengku Zafrul Aziz said in a statement.
"We are also glad to be able to resolve this outside the court system, which would have cost a lot of time, money and resources," he said, adding the deal would resolve all outstanding charges and claims against Goldman.
Malaysian and US authorities say about $4.5 billion was stolen from 1MDB in an elaborate scheme that spanned the globe and implicated former Malaysian Prime Minister Najib Razak and Goldman, among others.
US prosecutors said the money was used to buy artwork, including paintings by Vincent Van Gogh and Claude Monet, luxury properties in New York and London and to fund the "Wolf of Wall Street" movie.
Malaysian prosecutors filed charges in December 2018 against three Goldman units for misleading investors over bond sales totalling $6.5 billion that the bank helped raise for 1MDB.
According to the US Justice Department, Goldman earned $600 million in fees for the bond sales.
Goldman has consistently denied wrongdoing, saying that certain members of the former Malaysian government and 1MDB lied to it about how proceeds from the bond sales would be used. The units of Goldman Sachs pleaded not guilty to the charges.
The Goldman deal could give a much needed boost to Muhyiddin's administration, which has a slim majority in parliament. The opposition is gearing up for snap elections.
Muhyiddin came to power in March after forming an alliance with Najib's party which raised questions about whether that would affect several corruption cases against Najib.
On Friday, Muhyiddin said the government was committed to continuing efforts to recover other assets linked to 1MDB.
Najib, who is facing dozens of charges over 1MDB, will face his first verdict on Tuesday in a case seen as a test for the country's efforts to stamp out corruption.
Najib has denied any wrongdoing and pleaded not guilty to all the charges against him.