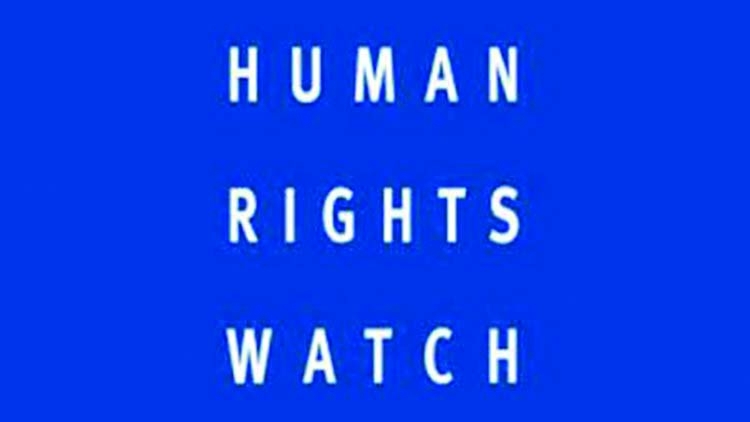 Human Rights Watch has called for Japan to immediately cancel plans to donate money to Myanmar police to purchase vehicles and communications equipment, saying the force has a well-documented record of serious human rights violations, including against the Rohingya population in the country.
On July 2, 2020, Japan's Foreign Ministry announced a grant of 100 million yen (US$930,000), claiming the donations would "strengthen the Myanmar police's ability to carry out public security measures," create "social stability" and contribute to Myanmar's "socio-economic" development.
"It's inexplicable that the Japanese government would try to curry favor with Myanmar's abusive security apparatus by providing financial assistance to the police," said Brad Adams, HRW Asia director, in a statement on Thursday.
"Instead of supporting Myanmar's police, Japan should be helping the victims of rights abuses and ethnic cleansing by working with other donor governments to hold the security forces accountable," Brad Adams said.
Myanmar's police acted as a pillar of repression during Myanmar's 50 years of military rule, arbitrarily arresting dissidents and student activists, engaging in widespread torture, and creating a climate of fear in the country, Human Rights Watch said.
The police remain abusive and unconstrained, in large part because the military-drafted constitution maintains military control of the police, the New York-based global rights watchdog said.
In recent years, the police have engaged in joint operations with the military, carrying out atrocities, including crimes against humanity, against ethnic Rohingya in Rakhine State in 2012, 2016, and 2017. Police were involved in the massacres at Tula Toli and Gu Dar Pyin, where hundreds of Rohingya were killed in 2017, it said.
Also, Myanmar police took part in widespread rape, including gang rape, of Rohingya women and girls, as well as killing children while their mothers were being attacked. In Rakhine State, the Myanmar police operate the majority of checkpoints, which play a central role in the severe violation of Rohingya freedom of movement in the state, HRW said.
Therefore, the HRW said, Japan should suspend all aid to the Myanmar police until systematic reforms are carried out and the police are put under civilian control. Japan should also halt aid to all military-controlled entities and ministries, including the Home Ministry.
"The Japanese government should realize that giving shiny new equipment to Myanmar's police won't make them less abusive," Adams said.
"By conferring undeserved legitimacy on the Myanmar police, they are signalling to Myanmar's people that their suffering is of little concern."