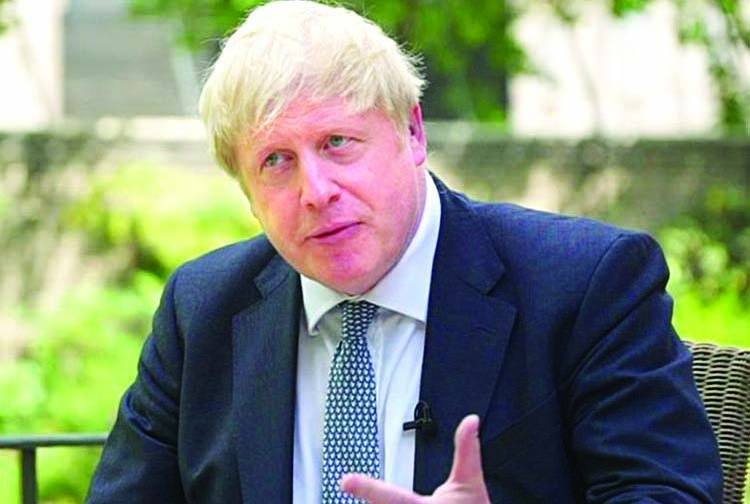 British Prime Minister Boris Johnson has admitted the government did not understand coronavirus during the "first few weeks and months" of the UK outbreak.
The PM told BBC political editor Laura Kuenssberg there were "very open questions" about whether the lockdown had started too late. Johnson also spoke of "lessons to be learned" and said ministers could have done some things "differently".
Labour accused the government of "mishandling" the crisis.
More than 45,000 people in the UK have died after testing positive for coronavirus, government figures show, with almost 300,000 cases confirmed.
Last week, Johnson promised an "independent" inquiry into the pandemic, but no details have been given of its scope or timing.
Previously, the prime minister has said he took the "right decisions at the right time", based on the advice of scientists.
But, in an interview with Laura Kuenssberg to mark the first anniversary of his entering Downing Street, he said: "We didn't understand [the virus] in the way that we would have liked in the first few weeks and months.
"And I think, probably, the single thing that we didn't see at the beginning was the extent to which it was being transmitted asymptomatically from person to person."
Johnson wants to use the government's experience of what happened during the pandemic to speed up his agenda, to "double down on levelling up", as he puts it in his peculiar political jargon.
In other words, to push ahead with more determination, and less fudge in Whitehall, with the changes that he says will actually improve the lives of voters, particularly those who voted Tory for the first time in 2019.
While preparing the NHS for a potential second surge, he clearly wants to concentrate on what's next, not what's gone before.
But perhaps until the government is really ready to acknowledge what has happened, the questions will continue - and the public may still feel anxious about whether they can really trust ministers to handle a second surge next time round.
Just as 366 days ago, optimism is Boris Johnson's trademark.
But if the last few months have shown anything, it is that the real challenge of life in power, is that events that can surprise.
--- BBC