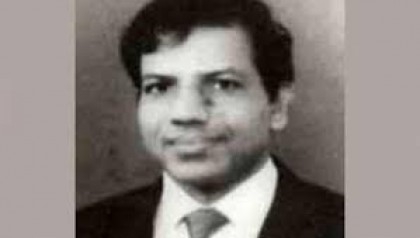 When Bangladesh keeps trying to get back Rashed Chowdhury, the fugitive killer of Father of the Nation Bangabandhu Sheikh Mujibur Rahman, from the USA to execute the verdict, a media report is there suggesting his US protection could be revoked.
POLITICO came up with a report headlined, "He thought he had asylum. Now, he could face a death sentence" indicating that Rashed Chowdhury might lose his current protection and deportation from the US.
Late last month, Attorney General William Barr quietly reopened a sprawling case that spans four decades and two continents, POLITICO, an American online portal, reported.
It involves the killing of a president, a decades-old death sentence and a hard-fought battle for asylum pitting a former Bangladeshi military officer against the U.S. Department of Homeland Security, the report reads.
"For almost 15 years, the case was closed. But now, thanks to Barr, it’s back. And immigration lawyers say the move sends a chilling message to people who have received asylum in the U.S. It signals, they argue, that even after years of successful legal battles, any protection could still be revoked out of the blue," the report mentioned.
They also say the move’s timing is inscrutable. The legal team for the military officer—wanted by Bangladesh’s government for decades—says it suspects foul play, and that if the U.S. deports him, he is all but certain to be executed.
“It’s purely a favor the Trump administration is doing for Bangladesh,” said Marc Van Der Hout, a lawyer for the man in question, Rashed Chowdhury. “And the question is, why are they doing it?”
Bangladesh’s government has for years been open about its efforts to persuade the U.S. to extradite Chowdhury—whom it calls a cold-blooded assassin.
And there’s no question it will be delighted by Barr’s move, said the report based on exclusive interviews and legal documents reviewed by POLITICO.
Bangladesh, on a number of occasions, urged the United States to send back Rashed Chowdhury, now staying in the US with political asylum.
"I urged him (US Ambassador) to send Rashed Chowdhury back," Foreign Minister Dr AK Abdul Momen told reporters after one of his several meetings with the US Ambassador to Bangladesh Earl R Miller at the Ministry of Foreign Affairs last year.
Dr Momen said he informed the US envoy that the USA used to bring back their convicted fugitives from other countries.
Following the US path, he said, Bangladesh wants to bring back the fugitive self-confessed killer (Rashed) who had been convicted by a court under a free judicial trial.
The Foreign Minister referred that earlier the USA deported Mohiuddin Ahmed, another convicted killer of Bangabandhu, to Bangladesh.
“There is no doubt in my mind that this is a foregone conclusion,” Van Der Hout told POLITICO. “He’s doing the recertification and asking for briefs on this for appearance only. There’s no reason that he would have reopened this case if not to overturn the BIA decision.”
Others also say the move sends a chilling signal to immigrants living in the U.S. Jeremy McKinney, the first vice president of the American Immigration Lawyers Association,
The government wants to bring back the convicted killers of Bangabandhu to implement the court verdict.
Though the government is aware of complexities to bring back the fugitives, it continues diplomatic efforts to get the killers back to implement the court verdict.
On August 15, 1975, Bangabandhu along with most of his family members was assassinated brutally at road 32 in Dhanmondi.
Eighteen members of his family including Bangamata Sheikh Fazilatunnesa Mujib, three sons -- Captain Sheikh Kamal, Lieutenant Sheikh Jamal and 10-year-old Sheikh Russel, two daughters-in-law Sultana Kamal and Rosy Jamal, brother Sheikh Naser, peasant leader Abdur Rab Serniabat, youth leader Sheikh Fazlul Haq Moni and his wife Arzu Moni, Baby Serniabat, Sukanta Babu, Arif and Abdul Nayeem Khan Rintu, were, among others, killed on that fateful night.
Military Secretary Brigadier General Jamil was also killed. Several members of a family in the capital’s Mohammadpur area were also killed by artillery shells fired by the killers on the same day.
Foreign Minister Dr Momen, during his meeting with US Secretary of State Michael R Pompeo, raised the issue of Rashed Chowdhury strongly and sought US support to send the killer back to Bangladesh, officials said.