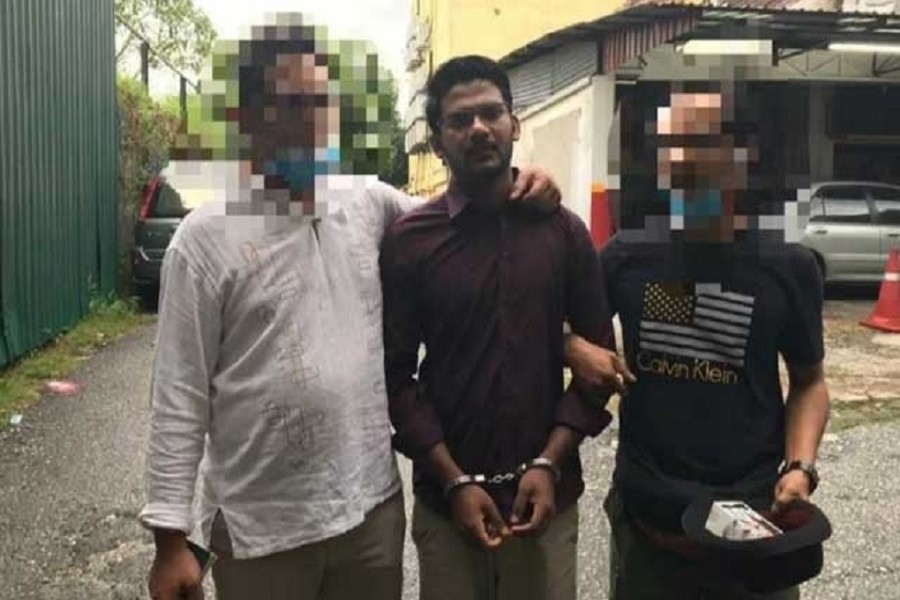 Malaysian authorities on Saturday said they will deport the Bangladeshi youth who was detained over a television documentary on immigrants.
Malaysia will deport Mohamad Rayhan Kabir, 25, for criticizing the government over its treatment of undocumented immigrants in a documentary by news broadcaster Al-Jazeera, reports AP.
Police launched an investigation over the documentary following complaints that it was inaccurate and biased but Al-Jazeera defended its journalism.
However, Kabir had been on the run after the investigation launched.
Later on Friday, an intelligence unit of Malaysian Immigration Department arrested Rayhan Kabir. The department had revoked his work permit earlier.
“Mohamad Rayhan Kabir will be deported and blacklisted from entering Malaysia forever,” said Khairul Dzaimee Daud, director general, Immigration.
The documentary, titled “Locked Up in Malaysia’s Lockdown,” conducted an investigation on undocumented immigrants who were at risk during the coronavirus pandemic.
According to the documentary findings, more than 2,000 migrant workers were arrested during raids in areas in Kuala Lumpur and were placed under tight virus lockdowns.
Meanwhile, a daily newspaper in Bangladesh quoted Rayhan Kabir as saying in a WhatsApp message shortly before he was arrested that he did not commit any crime.
"I did not lie. I have only talked about discrimination against the migrants. I want the dignity of migrants and my country ensured. I believe all migrants and Bangladesh will stand with me,” Rayhan Kabir said.
In the meantime, police grilled a group of reporters and staff from Al-Jazeera and said they would submit their findings to prosecutors for further action.
Malaysian authorities claimed that Al-Jazeera failed to apply for a license before shooting the documentary, but the broadcaster said it didn't need one.
Meanwhile, Al-Jazeera called for the right to report freely without intimidation and urged Malaysia to drop the criminal investigation.