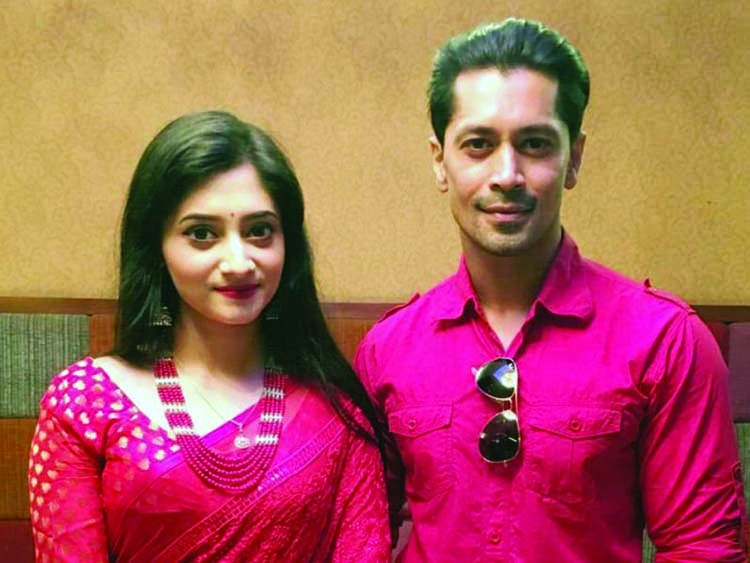 Due to the coronavirus, Dhallywood has come to a standstill like every other sector in the world. Although the work has been stopped for some time, the shooting has already resumed following the hygiene rules. Many are planning to make new films again.
Similarly, the viewers will be able to see a new pair in a new movie. Puja will be seen in the title role in a new movie based on the story of Anisul Haque. And AB M Sumon will come in front of the audience as the hero in this film.
The filmmaking duo Ispahani Arif Jahan confirmed the information on Friday, July 24.
They also said that ABM Sumon, popularly known for 'Dhaka Attack', will be seen as the hero of the film.
The directors said that Sumon and Puja were officially contracted last Thursday night. At the end of the contract signing, the two stars also took part in the photo session for the film.
In this regard, director MM Ispahani said, "AnisulHaque's story of 'Hridita' is quite popular. We had to think a lot about the character 'Hridita' while making a film with this story. All in all, Puja Chery is perfect for the character. She has already proved her talent in the cinema of this country. And with that we took ABM Sumon. He is another talented and hardworking star in the industry. The audience will enjoy the character of Sumon very much. I hope I can give a good movie with this pair in a timely manner."