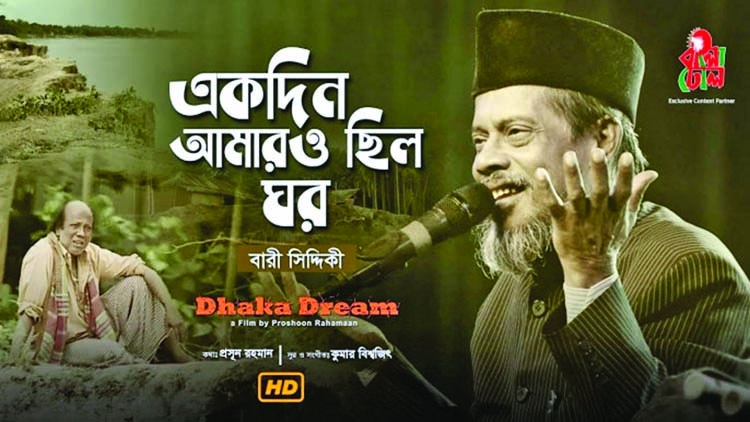 Musician Kumar Bishwajit had composed a song for the singer Bari Siddiqui titled "EkdinAmaroChiloGhor," the song has been released in different platforms.
The song is an official soundtrack of the upcoming film 'Dhaka Dream,' a film by ProshonRahman. The lyric of the song was penned by the director himself, with Kumar Bishwajit as the composer, reported by Jagonews24.
Bangladhol, content partner of the film, has released the song on different platforms, including- Robiscreen, Banglascreen, Teleflix, BDflix and Airtelscreen. Kumar Bishwajit said, "I collaborated with Bari Siddique in multiple songs before, where he played the flute. I was really eager to work with him in one of my songs and I am glad I was able to do it with this song. We were also in talks for another song but sadly he passed away before we could record it. I am glad I was able to do this song with his daughter Elma," 'Dhaka Dream' has been dedicated in the memory of Bari Siddiqui. The film stars FazlurRahmanBabu, MoniraMithu, ShahadatHossain and ShahriarSajib in pivotal roles.