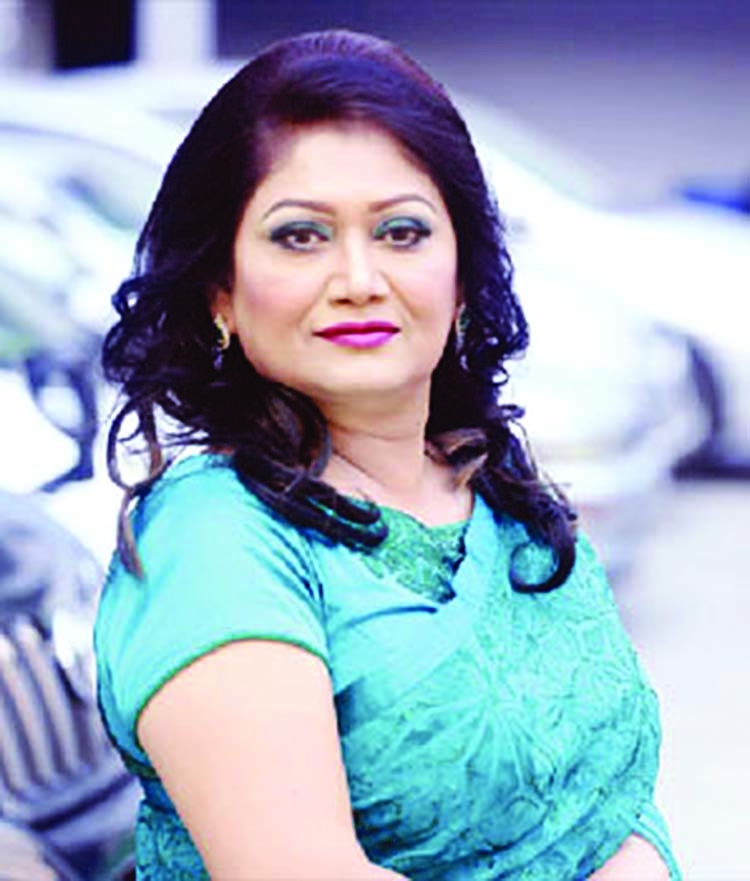 Noted singer Rumana Islam is the daughter of country's eminent film and music personality late Khan AtaurRahman. Music-listeners who heard songs on mother they can never forget the voice of Rumana Islam-rendered the song titled "Mayer motoaponkeunai". Rumana got popularity to lend her voice in this song during her childhood.
Rumana first lent her vocal for play-back song titled "Mon majhi tor boithanereamiarbaiteparlamna for film Din Jai KothaThake", directed by her father Khan AtaurRahman. The song "Mayer motoaponkeunai" was the play-back song of same film. Lyrics and music of both the songs were composed by Khan AtaurRahman who was also producer of film 'Din Jai KothaThake'. From that time Rumana Islam has been attached with film and modern songs. Still now she is regular in music.
Recently Rumana rendered two new songs. She lent her vocal for a patriotic song for Bangladesh Betar. Jalal Chowdhury wrote lyrics of the song while RummanHaider composed its music. However, she also lent her voice for another song titled "Ekta Mon", which lyrics were written by Jamal Hossain.
Rumana Islam informed that music video of song "Ekta Mon" will be made soon.
While talking about lending her vocal for two new songs Rumana Islam said, "The patriotic song for Betar in which I lent my vocal has become a nice song. My brother Agun also gave his vocal with me in the song. But "Ekta Mon" is my solo track. It was my first lending voice in Jamal Bhai written song which was composed by Muhin. I never knew both Jamal Bhai and Muhin do better composition if I didn't work with them in this song. I am very much optimistic about this song."