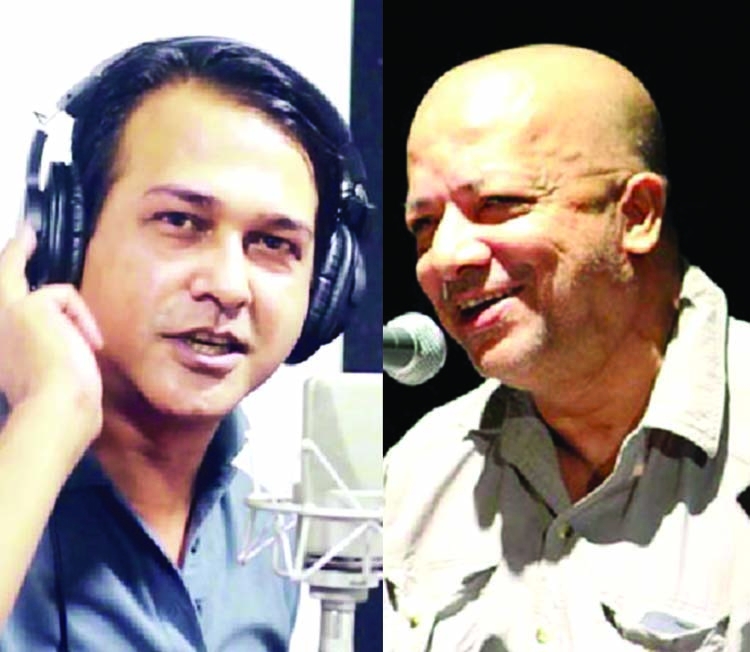 I will tell everything to Allah - a 3-year-old Syrian child who was injured in the bombing died with impossible pride. The issue shook the world terribly. KabirSumon, one of the singers of thematic songs, was also shaken up by this.
Sumon has written a song about what the child said which has been sung by Asif Akbar. Not only that, they are making three songs together. The first installment of which is 'SyriarChhele'. Its melody is by Sumon. And Shouquat Ali Imon has arranged the music.
This was published on Asif's YouTube channel on July 21. Before doing this song, Sumon and Asif did not know each other at all. Regarding the new song, Sumon said, "I have made about 3-4 songs for Asif Akbar. The first installment of which is 'SyriarChhele'. It's about a real event. A Syrian child said 'I will tell God everything' before he died. Maybe he did say something. Maybe that's why there is such a disaster in the world. Asif sang the song outstandingly.
The instrumentalists have played tremendously. Listening to this, one can understand how far Bangladesh has come in music." Meanwhile, Asif did not hesitate to say 'thank you' for Sumon's outburst. Sharing the video, he wrote on his Facebook page, "Life needs nothing more than this. Thank you, respected elder KabirSumon."