Kangana to be summoned by Mumbai police 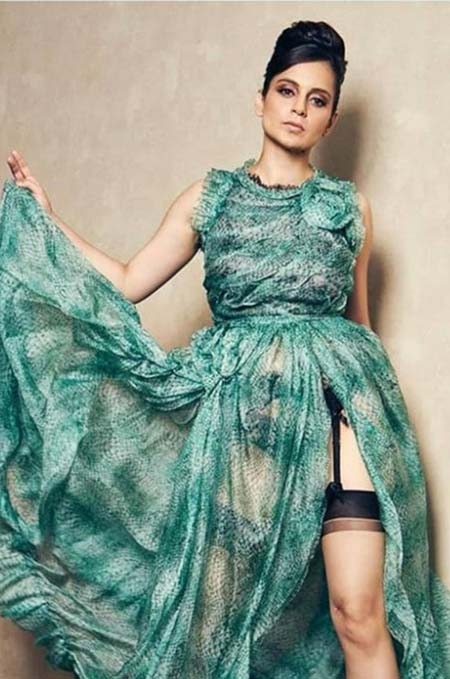 Kangana Ranaut is the only star who is vocal about late Sushant Singh Rajput's death. She even made a big statement saying she will return her Padma Shri Award if she fails to prove her claims about SSR's death.On Wednesday, Kangana Ranaut's team said in a tweet that Mumbai Police never gave her any formal summons to record her statement. As per the tweet by Kangana's team, "There is no formal summon sent to Kangana, Rangoli keeps getting casual calls from the cops for the past two weeks.
Kangana wants to record a statement, but we don't get any response from Mumbai Police."To everyone's surprise, Mumbai police have now claimed that they have been trying to serve summons to the actress since 3rd July. Mumbai Police have claimed that they went to Kangana's office based in Khar on 3rd July. Her manager Amrita Dutt refused to accept the summons and even refused to share Kangana's number and her whereabouts.
As per the report by Zee News, Mumbai Police even tried to reach Kangana's sister Rangoli who also refused to share Kangana's phone number. She suggested sending a team in Manali, where Kangana is currently staying or sending the questions so that Kangana would record and send her statement.