Drain collapses after only three days of construction 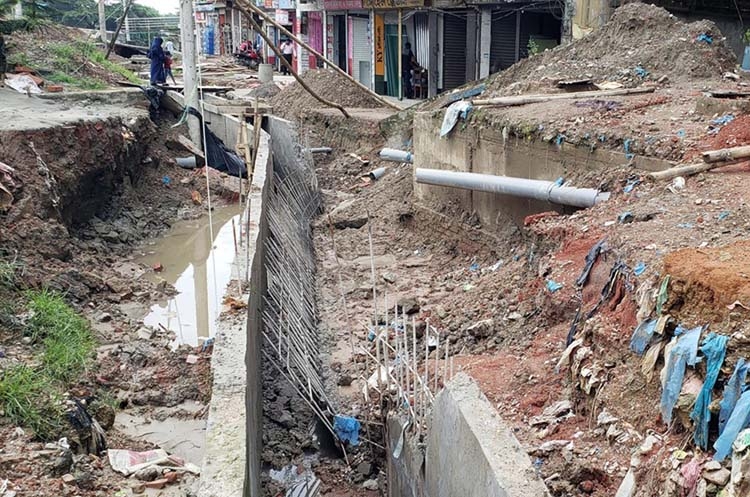 A drain with a length of around 40 feet constructed altering the design with a cost of Tk 55 lakh 75 thousand has collapsed after only days of construction in Kasba upazila of Brahmanbaria. The incident taken place on July 19 in Janata Tower area at Kasba Puraton Bazar has created outrage among the local people.
Contacted, Saifuddin, engineer of Kasba municipality, said, "The design of the drain was altered at the directive from Mayor. The contracting firm will repair the collapsed drain." When asked whether the work was substandard, the engineer cut off the mobile line. Emran Uddin Jewel, mayor of Kasba municipality, said over mobile phone that the drain has collapsed due to pressure of earth of an under-construction building beside it.
About the changing of design, the mayor said, "The design of the drain was changed for convenience of removing water from bazar  after taking permission from the project director." Though efforts were made to contact with the proprietor of the contracting firm named 'Munshi & Sons' over mobile phone, he did not receive the calls.
--- Soleman Khan, Kasba, Brahmanbaria