The politics behind the pandemic - III 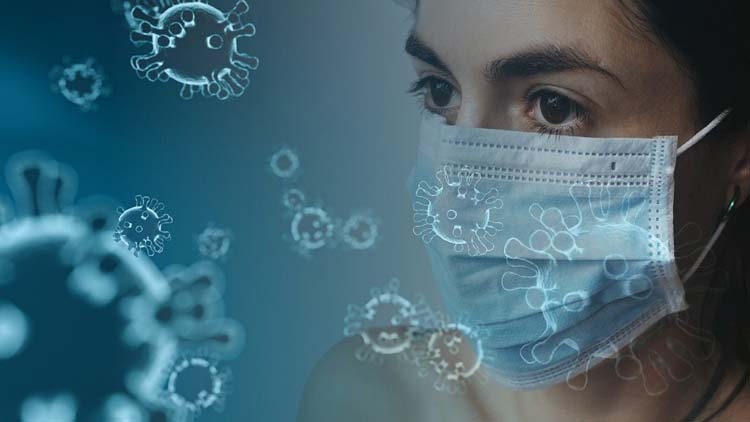 'Test, test, test', WHO Director General, Tedros Adhanom Ghebreyesus's recommendations (WHO, Int., 16th March) were direct and prophetic. PCR testing invented by Kary Mullis, the LSD-loving American scientist and earned him the Nobel Prize (1993). It remains the single most effective detection tool for determining presence and, if carried out in large enough numbers, the spread of Covid.
Four countries, South Korea, Italy, UK and USA started at similar positions with limited cases at end of Januaryand responded differently (Joe Hasell, 19th May) to testing. South Korea started testing early and in larger numbers, their peak passed by mid-March. All of the others other countries tested late and in lower numbers and suffered.
Though they wanted to 'flatten the curve', Covid flattened them rather than the other way around. Wishing to suppress the public visibility of inadequate resourcing and avoid social discontent, the UK stopped testing on 12th March until early April. By then, calls for increased testing had reached a crescendo and Hancock announced 100,000 (again, the big number not the requirement) people would be tested by end of April. Meanwhile patients presumed to be recovered from hospitals were being re-sent to care homes without testing (Metro, 9th May) where they infected others-the fuse had been lit.
A figure of 122,000 tests (different from 100,000 people as there were repeat tests) was reached though it was later revealed that over 40,000 of them were test kits which were simply posted, of which many were later lost. To cover for inadequate analytical facilities, samples were shipped to the USA (not Europe, never Europe). It was also too much too late, as the UK had passed the peak and the majority of the deaths had occurred. Testing targets have now been reset to 200,000 per day, though the country has struggled to achieve 100,000 on a consistent basis till mid-May.
While many countries enforced quarantine for travellers coming from abroad, the best and the brightest within the UK's scientific and political leadership never accepted it. Taiwan quarantined from 14th March, Greece from 16th March, Italy from 28th March, Germany from 10th April, France from 3rd May, etc (GW-World, May).
Vietnam detected the first two Covid cases on 23rd January and from 30th January it closed its borders with strict quarantine rules in place. While there are countries that did not impose quarantine (notably South Korea), in general most countries that quarantined earlier have had lower death rates than the UK and been able to lift the lockdown earlier too.
On 22nd May the UK finally announced quarantine of foreign travellers to commence from 8th June (The Telegraph, 22nd May), 101 days after the first case was detected, though how effective will it be when quarantine facilities at airports have been removed? Another example of perpetual procrastination is the wearing of masks, and while many countries have laid down clear instructions (including fines for not wearing), the UK government's official note say, 'The public is advised to consider wearing face coverings in enclosed public spaces' (Gov.UK, 24th May). Is that a yes or a no to a prophylactic which would be helpful to wear? Sitting on the fence is elevated to an art form over here.
It's hard to understand what people are saying, why can't they keep it simple?
I agree.
The government's cautious approach to imposing restrictions was signalled earlier in March by Chris Whitty, the Chief Medical Officer. At the launch of the government's coronavirus action plan on March 3rd, Whitty told journalists that specific advice for care homes would be issued in future, 'but one of the things we are keen to avoid … is doing things too early.'He explained that premature action would bring no benefit 'but what you do get is a social cost'(Reuters, 15th May).
It is too early to reach final conclusions about the origin and effectiveness of these policies and who vacillated the most; was it the scientists (trying to be political) or the politicians (trying to be political too)?However, the government made crucial early mistakes: It hoped that like SARS/MERS this would be a China-only disease, then was led into thinking that public protection would be through the infamous 'herd immunity' theory.
It focused attention on protecting the country's National Health Service at the expense of the most vulnerable in society; among them the estimated 400,000 mostly elderly or infirm people who live in care homes across Britain.It also did not want the political barometer to swing towards a pandemic, taking the government's focus away from its primary goal-to get Brexit nailed. But when Covid bit Boris and Brexit was in danger of losing its poster boy, Covid became real and the unofficial slogans shifted to 'save Britain, save Boris, save Brexit'.
[She is on segment seven, cleaning it slowly]
Couldn't the UK act earlier? Wasn't this important?
It's complicated, the government was busy with other things too, including Brexit.


Saiful Islam is based in London