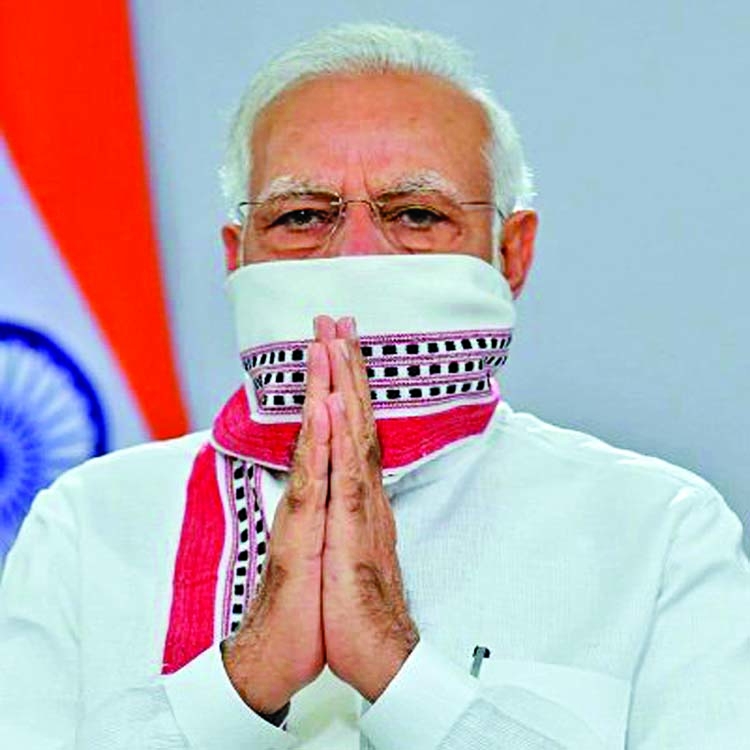 Refugees from West Pakistan in Jammu and Kashmir are looking forward to celebrating the first anniversary of the abrogation of Article 370 and Article 35A next month, which they say have paved the way for them to get domicile certificates after residing in the region for several decades, reports ANI.
Ganesh Chander, a West Pakistani refugee said with domicile certificates, members of his community can even apply for government jobs as well, something which was not possible one year ago. In August last year, the Centre abrogated Article 370, which gave special status to the erstwhile state of Jammu and Kashmir and bifurcated the region into two territories- Jammu and Kashmir, and Ladakh.
"One year ago we were very concerned. Our children could not get admission further after completing matriculation. They could not take up jobs. Whatever Modi ji has done in the last one year is very good. There has been no other PM in the last 70 years who have done so much for us. This is a huge thing for us," Chander told ANI.
"With our domicile certificate we will be entitled to all rights. We can now get jobs like other people in Jammu and Kashmir. We can also own land in our name. For us, Modi ji is God," he said.
Another refugee Ramesh Kumar also echoed similar sentiments and thanked the Government of India and PM Narendra Modi for abrogating Article 370.
"West Pakistani refugees have started getting domicile certificates. Now our children can apply for government jobs. We can also purchase land," he said.
Labha Ram Gandhi, President West Pakistani Action Refugee Committee said that refugees were called 'Pakistani' and could not opt for higher education or even apply for jobs.
"I thank PM Modi, Home Minister and the government for abrogating Article 370 and 35 A. Whenever our children go for any recruitment, they were sidelined by calling them Pakistani. For us, all doors were closed as we do not have permanent resident citizenship," he said.
"When Article 370 and 35 A was abrogated, we are very happy that we got citizenship rights here. Our children can take further higher education and apply for jobs. We were not allowed to vote earlier. We were called as 'Pakistani'," Gandhi said.
Gandhi said that August 5, the day Union Home Minister announced the abrogation of Article 370 in Parliament last year, is like Independence Day for the refugee community.
"Our people have decided that we will celebrate August 5 like Independence Day because that was also like freedom for us. In the view of coronavirus, small programmes will be held at the tehsil level," he said.
Nazir Chaudhary, Tehsildar of Arnia said that 2,000 domicile certificates have been issued in the area.
"There is a simple format for issuing a domicile certificate. If any person has any document like ration card, educational qualification, Aadhar card, employee certificate which can prove that that person is living here for 15 years then certificate will be issued. In this area, we have issued around 2,000 domicile certificates," he said.
In May, the Centre has notified 'Jammu and Kashmir Grant of Domicile Certificate Procedure Rules 2020', prescribing the procedure for issuance of domicile certificates, which has been made necessary for appointment to any post under the Union Territory of Jammu and Kashmir.