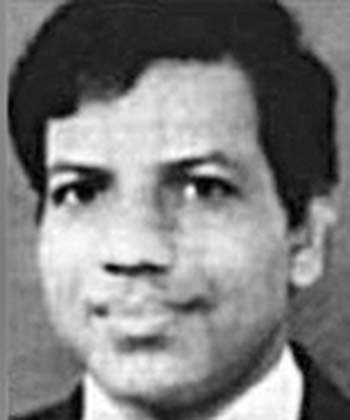 The United States has reopened a decades-old asylum case against MA Rashed Chowdhury, a convicted killer of Bangabandhu Sheikh Mujibur Rahman.
The case, which was closed for almost 15 years, was quietly reopened by the country's Attorney General William Barr last month, according to a report by Politico on Friday.
"The move taken by Barr sends a chilling message to people who have received asylum in the US. It signals that even after years of successful legal battles, any protection could still be revoked out of the blue," the report said, quoting the country's immigration lawyers.
The lawyers also questioned the timing of the move with the legal team for the military officer - wanted by Bangladesh's government for decades - alleging foul play as he is all but certain to be executed if the US deports him.
"It's purely a favor the Trump administration is doing for Bangladesh," said Marc Van Der Hout, a lawyer representing Rashed in the court.
Bangladesh's government has for years been open about its efforts to persuade the US to extradite Rashed - whom it calls a cold-blooded assassin, the report added.
On Nov 05, 2019, the State Department sought documents of the trial of Rashed Chowdhury, who is now hiding in the United States.
Prime Minister Sheikh Hasina last year wrote to President Donald Trump asking for repatriation of the killer.
The Father of the Nation Sheikh Mujibur Rahman was killed along with most of his family members at his home on Aug 15, 1975. His daughters Hasina and Sheikh Rehana survived as they were abroad at the time.
But the investigation into the deaths was stopped through an Indemnity Ordinance, which had saved the self-proclaimed killers from facing justice.
The ordinance was abrogated in November 1996 when the Awami League returned to power, paving the way to bringing the killers to justice.
After a lengthy trial, the court convicted 12 suspects and awarded them the death penalty in 2010.
Five were hanged on Jan 28, 2010, one died of natural causes and six more - Abdur Rashid, Shariful Haque Dalim, M Rashed Chowdhury, SHMB Noor Chowdhury, Abdul Majed and Risaldar Moslemuddin - are absconding.
On June 17, Barr directed the Board of Immigration Appeals to send Rashed's case to him for review, making clear he would re-open the matter, reports Politico.
The document in which the attorney general made this move doesn't include Rashed's name. But it refers to "the matter of A-M-R-C," using his full initials. And the details of the case described in Barr's announcement match Rashed's.
Politico added that the Barr would first seek to revoke Rashed's permission for political asylum. If successful, the return process will begin soon after that.
Barr's move is the first step in a process that could result in Rashed losing asylum after more than a decade and potentially facing deportation.
Rashed's lawyers have confirmed to Politico that the case will be reopened. However, neither the Bangladesh embassy nor the US administration agreed to comment on the issue.
Rashed's legal team called the move deeply concerning. Hout, who represents Rashed along with counsel from Morrison and Foerster's San Francisco office, said they believe Barr has likely already decided to overturn the immigration court's decision to grant him asylum.
If Barr didn't disagree with the judges' findings in Rashed's favour, Hout said, he would have no reason to reopen the case.
Fearing reprisal, Rashed fled to the United States with his wife and son on visitor visas after Hasina became the prime minister of Bangladesh in 1996.
Nearly 10 years after he arrived in the US, an immigration judge granted him asylum. After that Bangladesh tried in various ways to bring him back to the country but failed.