'Govt alone is not responsible for corruption in health sector' 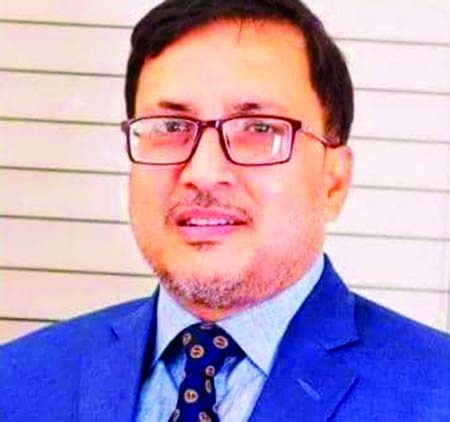 The newly-appointed director general (DG) of Directorate General of Health Services (DGHS) Dr Abul Bashar Mohammad Khurshid Alam has said that the government alone is not responsible for corruption and irregularities in country's health sector.
It is big challenge to rebound in the present situation, he said.
He was talking to reporters after paying homage at the portrait of Father of the Nation Bangabandhu Sheikh Mujibur Rahman Dhanamondi 32 in the city on Saturday. Abul Bashar Mohammad Khurshid Alam said, "If we ourselves are not honest, it is not possible to prevent corruption any way. If we talk about corruption, we all are responsible for it. It will be foolish if we only point our fingers at the government."
When asked about the challenges ahead, the new DG said: "I am trying to overcome the problems that the health sector is facing now in this Covid-19 pandemic."
He asked everyone to pray for him so that he can perform his duties given to him by the prime minister. At the same time, the new DG urged journalists to stand positively by the government in this crisis.
On July 23, Bashar was appointed at the new DG of DGHS through a circular issued by the Health Ministry. Earlier in the same day, the Ministry of Public Administration accepted the resignation letter of Prof Abul Kalam Azad from the post of DGHS DG.
Prior to his appointment as the DGHS DG, Dr Bashar had been working as the head of the Department of Surgery at Dhaka Medical College Hospital (DMCH) and at the same time also held the position of general secretary of Bangladesh College of Physicians and Surgeons (BCPS) He was a seventh batch student of Sir Salimullah Medical College.