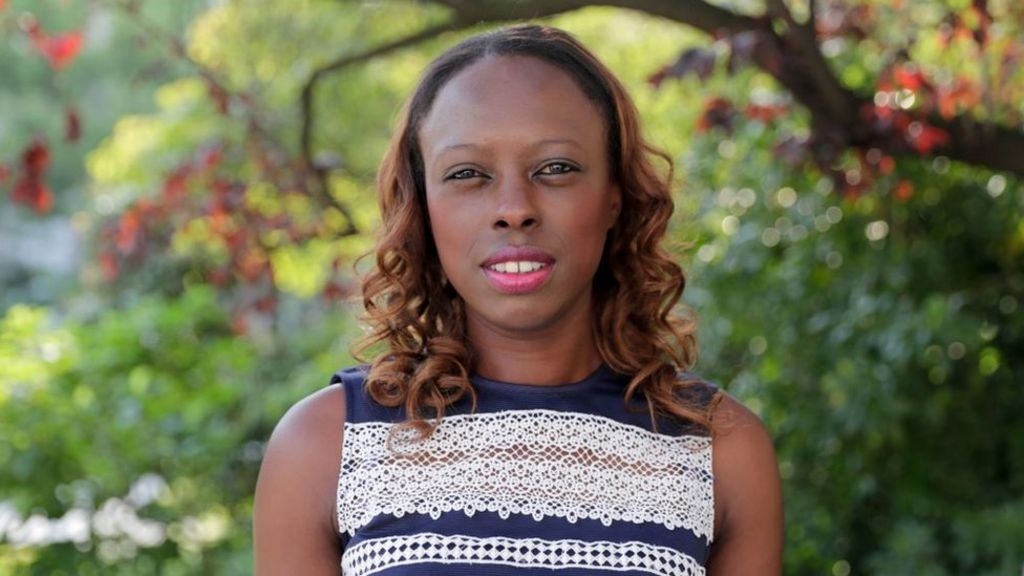 Far-right protesters in France held a racist protest outside the office of black politician Sira Sylla.
The demonstrators, from the Normandy branch of Generation Identity, held anti-black signs and waved lit flares.
Ms Sylla, an MP from President Emmanuel Macron's party in Rouen, tweeted a photo of the protest with the message: "You will never affect me."
Her tweet received a wave of support and solidarity from colleagues, including Prime Minister Jean Castex.
In the photo posted by Ms Sylla, five white men were seen holding placards and a banner that read: "Help the French, not the Africans."
The signs referenced a proposal to the government from Ms Sylla earlier in the month, requesting a reduction in fees on money transfers to African countries.
The placards suggested mandatory repatriation - the forced return of people to their countries of origin - and said: "Think about our jobs, not the diaspora."
All of the posters and the banner were branded with the name "Génération Identitaire".
In her tweet, Ms Sylla wrote: "I am very proud of the work that I have carried out with conviction as a French MP for three years, particularly for my constituency and African-French relations. I am more determined than ever!"
In a statement on social media, Prime Minister Castex wrote: "The unworthy attacks Sira Sylla demand unanimous and unambiguous condemnation. I have sent her my support and the solidarity of the whole Government. In the face of hatred, the Republic must unite and act."
Interior Minister Gerald Darmanin also called the targeting of Ms Sylla "vile", and said that France wouldn't "cede an iota to the hateful ideology of these extremist groups".
Richard Ferrand, President of the National Assembly, tweeted his support to Ms Sylla and said "her commitment, her work and her determination are a credit to Parliament and to the Republic".